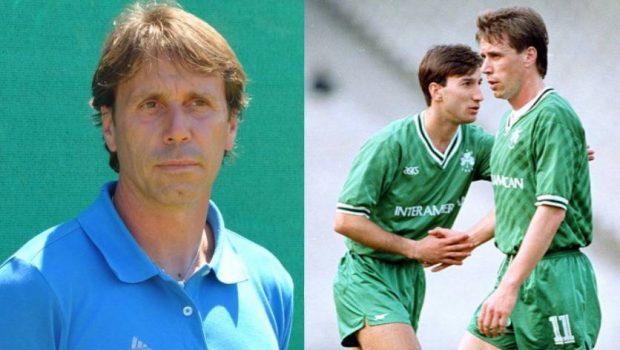 This information was shared by his wife Andreana on social media.

Spyros Marakos said in his statement that it was July 2016 when doctors informed him that he was suffering from an extremely rare and painful degenerative disease.

“Every day I make my cross like before every match and ask God to give me strength and patience to endure this test,” he said.

As he revealed in the first two years of his illness, he was treated with immunoglobulins, however, in recent years there has been a shortage of drugs and it is impossible to get them to continue their treatment, as a result of which the disease continues to develop.

“This fight is the most difficult, the most important of my entire career. And I want to tell everyone that, as I have fought in every fight, I have no other end in mind but victory…”, he characteristically pointed out.

Spyros Marakos started his career in 1986 from Panionios, with whom he competed for 3.5 years.

In 1989, Spyros Marakos was bought by Panathinaikos, with whom he won 4 Greek Championships, 5 Greek Cups, 2 Super Cups, while participating in the club’s European campaigns in 1992 and 1996.

His debut for Greece came on 25 January 1989 in a domestic friendly against Portugal under the tutelage of Alekos Sofianidis. In total, he played 26 matches in the period 1989-1995. He participated in the 1994 World Cup in the United States, where he participated in two matches.

Spyros Marakos started coaching with a team in the second division of the Cypriot league, then Doxa Katokopias (1st national team), took over as provisional deputy when he was relegated to the 2nd national team, Thebes (3rd national team) and Koropi (3rd national team). ) had an informal collaboration with Panathinaikos at the time, in whose academies he had been a coach since 2008.