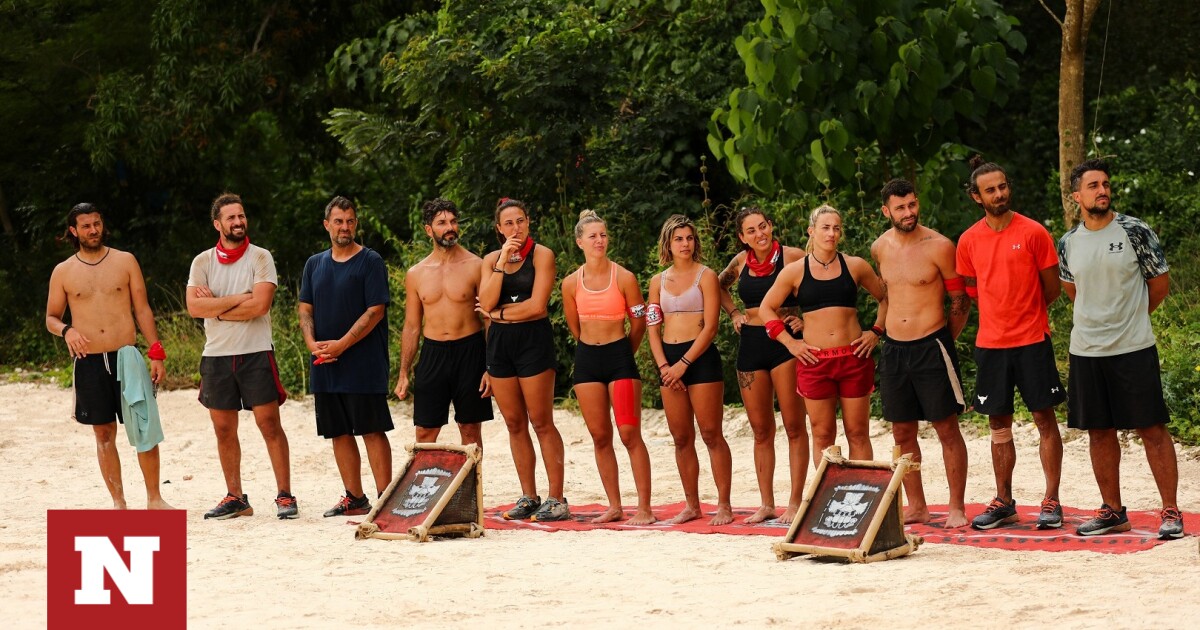 the Survivor All-Star Comes with subversive ring and departure favourite.

And Wednesday night and “Survivor All Star” give the primetime pulse. For the first time in yesterday’s episode, there was a big difference between the two teams in the competition segment as the Reds beat the Blues 10-4. Survivor All Star garnered the attention of TV audiences who held the program for another night in first place in TV time with 19.9% ​​in the dynamic audience and 19.1% in the general audience.

Red and Blue throw themselves eagerly onto the battlefield, tonight at 21.00, on SKAI. The match progresses point by point and one team is called upon to deal with difficult conditions with two of their key players out. It seems that the joy of the food prize winners doubles the frustration of the losers. According to spoilers, in fact, it is the Reds who reach the goal first and win the jackpot tonight, which brings them back their lost selves.

However, the tension between the two teams spills over into the drawdown board as players on both sides speak their truth, angering the opponents. A proclamation by Giorgos Lianos causes mixed feelings in the council, while … an old struggle makes its appearance and blood boils over.

The departure of the week fills the team with sadness, as it loses one of its players. Will Kostas Papadopoulos, Spyros Martikas, Eurydice Flavani or Carolina Jacqueline Kaleva say goodbye to Agios Dominicos? However, according to the leaks, it is Eurydiki who will get the return ticket. Although the initial spoilers wanted Carolina, the twist finally occurred and one of the candidates saw the exit door. The reaction of Constantinos Vassalos when he sees his beloved’s departure will also be of great interest.

Survivor All Star: After the fish, came the octopuses as the sea mothers of the celebrities

Xenia Even: “I was offered to join Survivor but I couldn’t because of the contract with Rec”