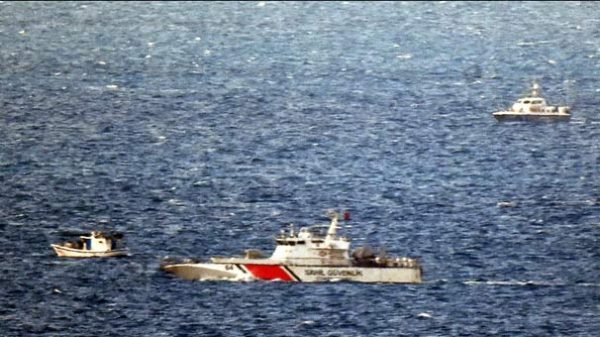 According to diplomatic sources, in the letter, Mr. Dentias ordered a Coast Guard patrol boat to identify three Turkish fishing boats fishing in waters southeast of Farmakonisi, inside Greece. Territorial waters, harassed from the Turkish president.

Turkey’s provocation will lead to “accident” and instrumentalization

According to the same sources, the Greek Foreign Minister notes, “This continued Turkish practice creates a dangerous security environment and increases the possibility of an ‘accident’, which could be used by Ankara to increase tensions between Greece and Turkey.”

In addition, the letter points to the non-cooperation and often aggressive attitude of Turkish fishermen, not only against Coast Guard vessels, but also against Greek fishing vessels and Greek fishermen’s legal fishing activities.

It is easy to see what the consequences of such a development would be for the wider region, but also for Euro-Turkish relations, the foreign minister notes.

The Greek foreign minister refers to the aggressive rhetoric of Turkish officials, who launch unprovoked threats against Greece on an almost daily basis.

With incidents of fighting against national sovereignty in the Aegean and Eastern Mediterranean, along with illegal hunting and unregulated (IUU) fishing, it is clear that Turkey is adding another way to implement its revisionist policy and challenge the status quo in the region.

During the episode in question, the Minister of Foreign Affairs emphasizes the need for the EU to take measures that could impose economic costs on Turkey if Turkey continues the above practice (1005/2008) to combat IUU fishing, if a third country does not comply, it is referred to as “non-cooperative” and its fishing products are exported to the EU. Can be banned from the Union market.

Such a reaction on the part of the EU would send a strong message to Ankara and demonstrate the solidarity of the EU in practice, which questions its sovereignty on an almost daily basis. and threats of war