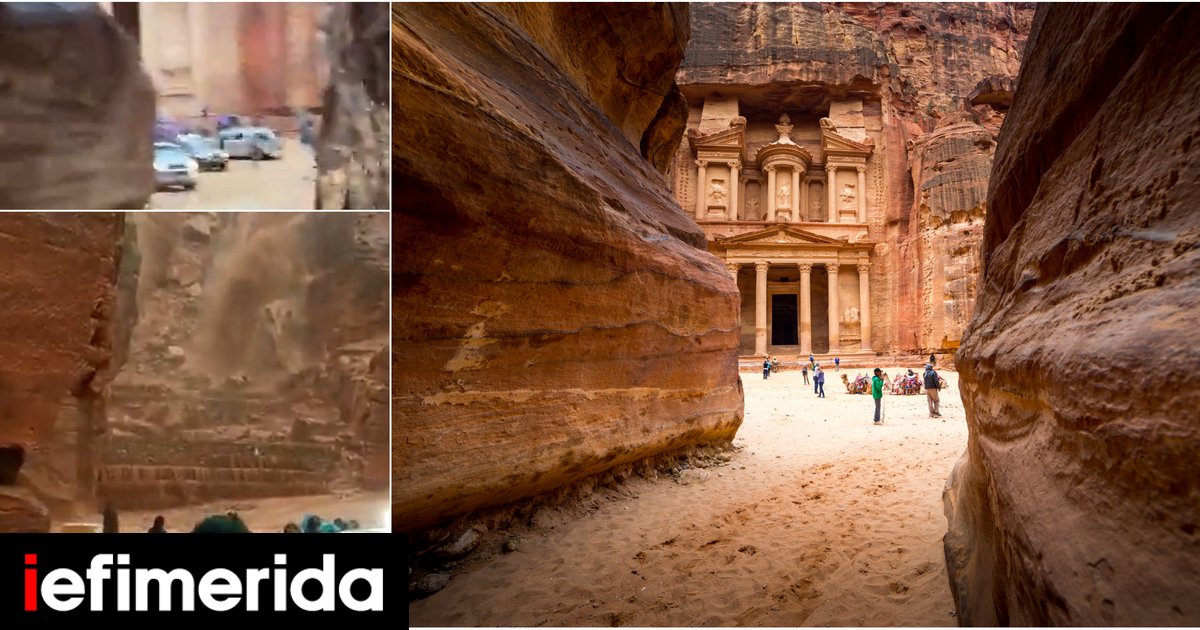 The ancient rock city of Petra Jordan It flooded after heavy rains hit the archaeological site, forcing residents and tourists to evacuate.

Recently, extreme weather events have multiplied around the world. And in Jordan, the footage captured by the cameras was breathtaking when the famous 2,000-year-old monument was flooded.

An estimated 1,700 tourists and locals were ordered to evacuate for their own safety after 13 people were killed in similar floods in the area in 2018, and authorities have since drawn attention to the situation.

Footage from Jordan’s busiest tourist attraction, south of Jerusalem, shows a river of water gushing into a gorge at the entrance to the Petra temple as terrified tourists flee.

1,700 tourists were turned away

The Petra Development and Tourism Department said: “The Jordanian government evacuated about 1,700 tourists in Petra due to heavy rains.”

In nearby Ma’an, three people were injured by flooding after a minibus was swept away by torrential rains.

The Jordanian Ministry of Antiquities built a dam to prevent water from entering the gorge leading to the treasury, known as the Treasury.

An alarm system was installed in 2014 as additional protection, with sirens activating when floodwaters rise above a certain level.

Petra is a city carved into sandstone hills containing the burial chambers of the Nabataeans, a tribe of wealthy merchants whose civilization flourished between 200 B.C. and 100 m

The history of the city dates back to 400 BC. About when the Greeks tried to conquer it in the first recorded mention of it in history.

Although the ruins of this UNESCO World Heritage site seem vast, more than 90% of it is buried under the desert sands.

So far this year, more than one and a half million tourists have visited Petra.

The director of the Jordan Meteorological Authority, Raed Khattab, said earlier today that the southern governorates expect the most rain.

The Dead Sea roads to Aqaba and Karak are closed
Heavy rains on Monday also closed the road between the Dead Sea and Aqaba Governorate.

The Ministry of Public Works and Housing, in cooperation with the Public Security Directorate, also closed the Dead Sea-Karak road due to mud, rocks and dust due to heavy rains.

The ministry said these measures are preventive and temporary.

Specialized teams have been dispatched to remove all obstacles from the road.