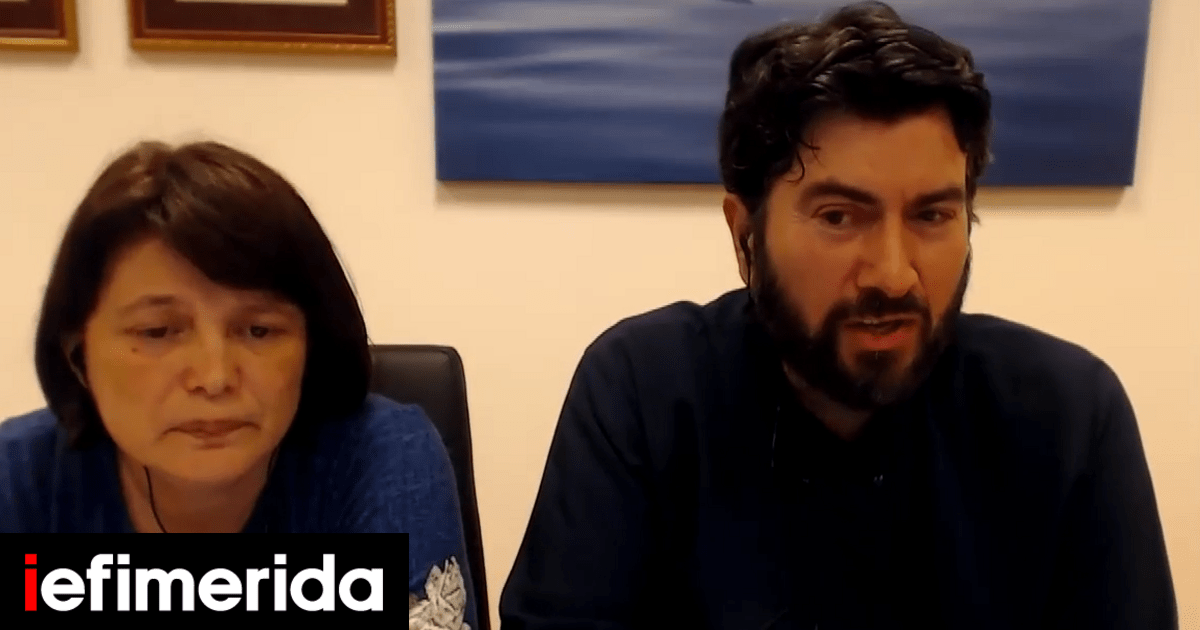 In the home of the administrator of its structure The ark of the world Father Antonios and the elder were hosted, the Star reported, and they also gave answers to the accusation.

Revelations about the juvenile detention system have taken an avalanche of form in recent days, as evidence of financial problems has emerged in addition to allegations of sexual abuse. Chartered Accountants Funding for NGOs is booming.

iefimerida.gr revealed The finance police discovered that A non-profit organization (AMKE), of which the eldest, Stamatia Giorgantis, owns 50%, and the remaining percentage (50%) is in the name of Father Antonio’s 86-year-old mother, who permanently resides in Chios (i.e. the eldest and she is Father Antonio’s mother Withdrawals can only be made from accounts)

At the same time, according to the report of the “Live News” program, The Donations For the NGO “Kivotos tou Kosmos” from 2017 to 2021 exceeded 27 million euros, while if we add approximately 5 million awarded in 2022, we will reach almost 33 million euros in six years.

Cilia Gritariotti: “We donated the buildings to them and they stipulated that we write them down”

Particularly revealing about the practices of Kivotos was indeed Cilia Critariotis. The internationally renowned fashion designer, Arc of the World, insists that in order to accept the donation of a building, they made it a condition that they write it to the company.

“My husband wanted to donate buildings in various places to accommodate the children. Ark only He had one condition: he wanted buildings written for themhe said characteristically.

Kivotos: Cilia Kritharioti reveals – “We donated the buildings to them and they stipulated that we write them”

Kivotos-Bogoniani: They sold clothes in Albania and gave food to the goats instead of the poor.

Also, Volos businessman K. Lulis had a similar experience. He donated two 3,000 square meter houses and said he was waiting for the police investigation and was disappointed by the revelation.

But also Mina Spiropoulou-Karelia, the widow of a well-known tobacco tycoon who donated buildings in Kalamata.Speaking exclusively on iefimerida.gr she said disappointedly.

The Disappearance and “Reappearance” of Father Antonio and the Elder

Dad after all this Antonios and the elder disappeared They also did not respond to media calls, while the organization claimed ignorance of their whereabouts.

However, initially the eklisiaonline website A priest and his spiritual father Antonios testified that they were in a friend’s house, in a bad psychological state.

Some time later, the Star, in its exclusive report, announced that it had found them and that they were staying at the structure’s administrator’s house. In fact, Fr. Antonios reportedly responded to the complaints: “It’s impossible, it’s impossible that this all happened! I’ve never harmed any child! Why do they say that?”

Indeed, Father Antonios’ colleagues said the complaints were “not true”. Behind them There are religious and political vendettas.”

According to her, the elder said: “There are answers to all the complaints made, and for each one we have done a thousand good things.” According to the Star, in fact, the elder has hired lawyers to represent them — one has already been hired, and three more high-profile lawyers are expected to be hired tomorrow morning.

Father Antonio’s condition is known in Arc of the World: Beginnings – at worst, locked in a room

According to the Star, Father Antonios is alone in a room with no internet or television, talking to no one except the elder, who informs him of some, but not all, of the case. As mentioned, he is in a bad psychological state.

Finally, he reported his whereabouts to the authorities and the lawyers told him to inform them if he moved, as they could call him at any time.