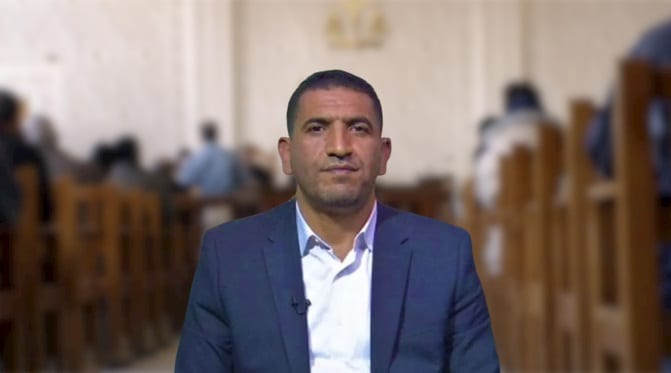 The National Committee for the Liberation of Detainees (CNLD) announced that the Algerian dissident and movement figure Karim Tabbou was arrested Friday in Algiers.

The coordinator of the Democratic and Social Union (UDS – unaccredited) Karim Tabbou “was arrested at his home by the police”, posted on Facebook the committee without giving details of the reasons for this arrest.

The committee pointed out that “stop the abuse of justice, opinion is not a crime.”

This arrest comes after statements in which Karim Tabbou directed “a salute to Hakim Debazi,” a prisoner of conscience who died last Saturday in Qolea prison.

According to Karim Tabbou, the deceased “took upon himself the fragility, the full weight of the allegations contained in the movement”, who became one of the main leaders in the locality of Hajot (west).

“Let us maintain a sense of his sacrifice, let us remain steadfast and continue our struggle for the emergence of the rule of law. Rest in peace, wise one, your battle will not be in vain,” Karim Tabbou adds in his publications.

Karim Tabbou, who was arrested on September 26, 2019 in the context of another case, was also imprisoned for nine months before being paroled on July 2 on charges of “undermining national security”.

In another case, Karim Tabbou was sentenced on appeal on March 24, 2020 to one year in prison for “undermining national security”, due to a video posted on his party’s Facebook page in which he criticized military intervention in political affairs. things.

See also  How did Algeria lose the battle of the African Medicines Agency?

Algeria recorded in recent weeks, a few months before the legislative elections, an escalation in the repression and arrests of demonstrations.

Recently, several Algerian and international organizations have expressed their concerns about the suppression of the right to freedom of expression in this Maghreb country.

According to the National Committee for the Release of Detainees, 300 people accused, among other things, of undermining state security, undermining territorial integrity and acts of sabotage, are currently languishing in Algerian prisons in deplorable conditions.

Most of them are sued simply for expressing an opinion, especially through posts on social networks.