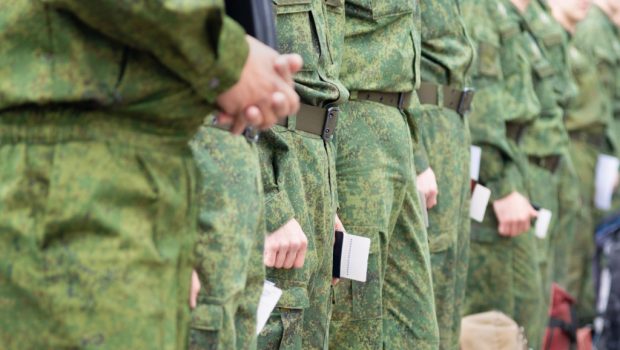 German army She embarked on a blunder of incredible proportions Re-stitching the initials “SS”. But this time they don’t mean the well-known Nazi system, but the size designations of the new German uniforms.

Read also: Schultz: Germany will have the largest conventional army

Realizing the error, the German soldiers were instructed to immediately tear the size markings from their new camouflage uniforms.

The wrong labels for military clothing

In recent weeks, the Ministry of Defense has distributed about 313,000 sets of combat clothing, including helmets, sleeping bags, waterproof jackets and pants, to the troops at a cost of 2.3 billion euros.

While most are labeled according to the usual English terminology for their sizes – S, M, L and XL – no consideration appears to have been given to how smaller items should be labeled.

The letters ‘SS’ are associated with the Schutzstaffel, the massive and brutal Nazi paramilitary organization that spread terror across the lands of the Third Reich and carried out much of the Holocaust. It is illegal to display a team badge in Germany, and the “SS” combination of car number plates is banned in all but one of Germany’s 16 states.

Since the oversight was revealed, the ministry ordered any soldiers who had received “SS” jackets to remove them without delay. It was not clear how many uniforms were affected, but a ministry spokesman said the problem was not widespread.

What the ministry said in a statement

“This is a production problem,” the ministry said. “It’s a very small number of jackets and we’re looking at everything. As soon as we were informed of what had happened, we made the announcement that they had to get rid of these tags somehow.

“We are currently in contact with the manufacturer to investigate what happened. We know it looks really strange to the public, so it became something we had to deal with immediately. We are investigating and once we have clear results we will think about what to do.”