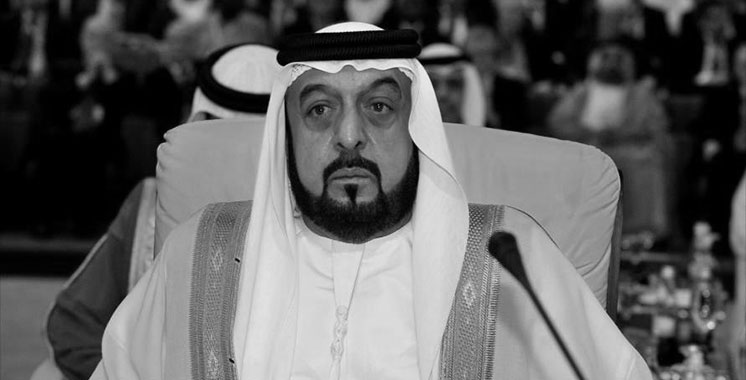 Following the sad news of the death of His Highness Sheikh Khalifa bin Zayed Al Nahyan, President of the United Arab Emirates, His Majesty King Mohammed VI, may God protect him, made a phone call to his brother, His Highness Sheikh Zayed Al Nahyan, Crown Prince. Emir of Abu Dhabi, Deputy Supreme Commander of the Armed Forces of the United Arab Emirates.

During this call, His Majesty the King, may God protect him, once again expressed, on behalf of Morocco, king, government and people, to His Highness the Crown Prince and through him to his illustrious princely family and to the people his Emirati brother. My deepest condolences and sincere feelings of sympathy after this cruel loss of a noble and courageous Arab leader, linked to Morocco by strong bonds of brotherhood and respect.

In this painful circumstance, His Majesty the King – may God Almighty bless him – gave his lofty instructions to declare three days of official mourning in the Kingdom, starting Friday, May 13, 2022, with the national flag lowered to half mast on Friday. Government buildings, departments and public places as well as Moroccan embassies and consulates abroad.

The Kingdom of Morocco, sharing the anguish of the illustrious princely family and the brotherly Emirati people after such a heavy loss, the Divine cannot be stopped, begs the Most High to grant them patience and comfort, to surround the venerable deceased with his holy mercy. And welcome him in his vast paradise.

We belong to Allah and to Him we shall return “.