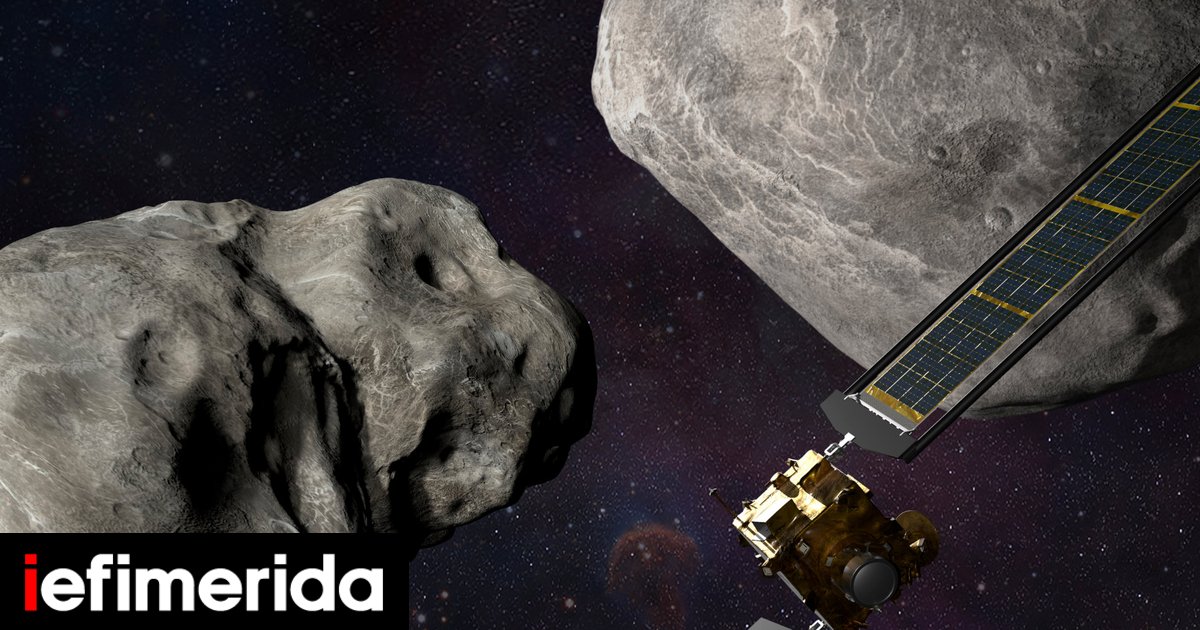 It has a diameter of 1 to 2 kilometers, o asteroid Named 2022 AP7, it crosses Earth’s orbit but “has no chance” of hitting it.

Astronomers said they discovered the largest asteroid eight years ago.

The space rock is destroying the planet in size as it is about to cross the Earth’s orbit. The asteroid, called 2022 AP7, was spotted by researchers searching for space rocks in the orbits of Earth and Venus.

“Soul”: NASA is preparing to explore an asteroid worth more than the global economy

In a related publication in the Astronomical Journal, study lead author Scott Shepherd and colleagues at the Carnegie Institution for Science in Washington say they have found three “fairly large” asteroids, one of which – 2022 AP7 – crosses Earth’s orbit, making it potentially dangerous Asteroids (PHA).

Studying the dangers that the asteroid poses on Earth is reassuring

With a diameter of between 1.1 and 2.3 kilometers, 2022 AP7 is, according to scientists, the largest potentially dangerous asteroid discovered since 2014 and may be in the top 5% of the largest asteroids ever discovered.

“Any asteroid more than one kilometer long is considered fatal to planets,” Shepherd said, adding that if such an object collides with Earth, the impact would be devastating to life as we know it, as dust and pollutants scatter in the atmosphere and remain. There for years.

While the discovery of 2022 AP7 may bring to mind the asteroid”disaster“,” who “starred” in Don’t Look Up, the study reassures.

“Right now, there is no chance that it will hit Earth,” Shepherd said, noting that 2022 AP7 is currently crossing Earth’s orbit when it’s the direction of the sun.

Centuries later, the asteroid was in orbit closer to Earth

Sheppard added that the asteroid will slowly, over time, begin to cross Earth’s orbit near where our planet is. “But that will happen centuries from now, and we don’t know the 2022 AP7 orbit with enough precision to say much about its risks centuries from now.”

Using the four-meter Blanco Telescope in Chile, the research team does not expect to find more planet-destroying objects (one kilometer or greater) near Earth in the next two years through their search, Shepherd said.

Jay Tait, director of the National Center for Near-Earth Object Information in Wales, told the Guardian he would not lose sleep any more than 2022 AP7, adding that Earth was actually a very small target.

“At the moment, however, the probability of an impact is very low. I wouldn’t say it is insignificant, but it is very low.”

In September, NASA launched send dartBy throwing a spacecraft at an asteroid in an attempt to deflect it from its orbit.

The mission was an attempt to test technology that could eventually be used to deal with space rocks that pose a threat to Earth. Last month, researchers confirmed that Dart was a success.

Tate said an approach like Dart might not be appropriate for 2022 AP7 due to the asteroid’s size, but there are other potential approaches.

“Based on that, we have a lot of time,” he said, adding that it might be possible to use multiple dart-like effects to alter the asteroid’s path somewhat.