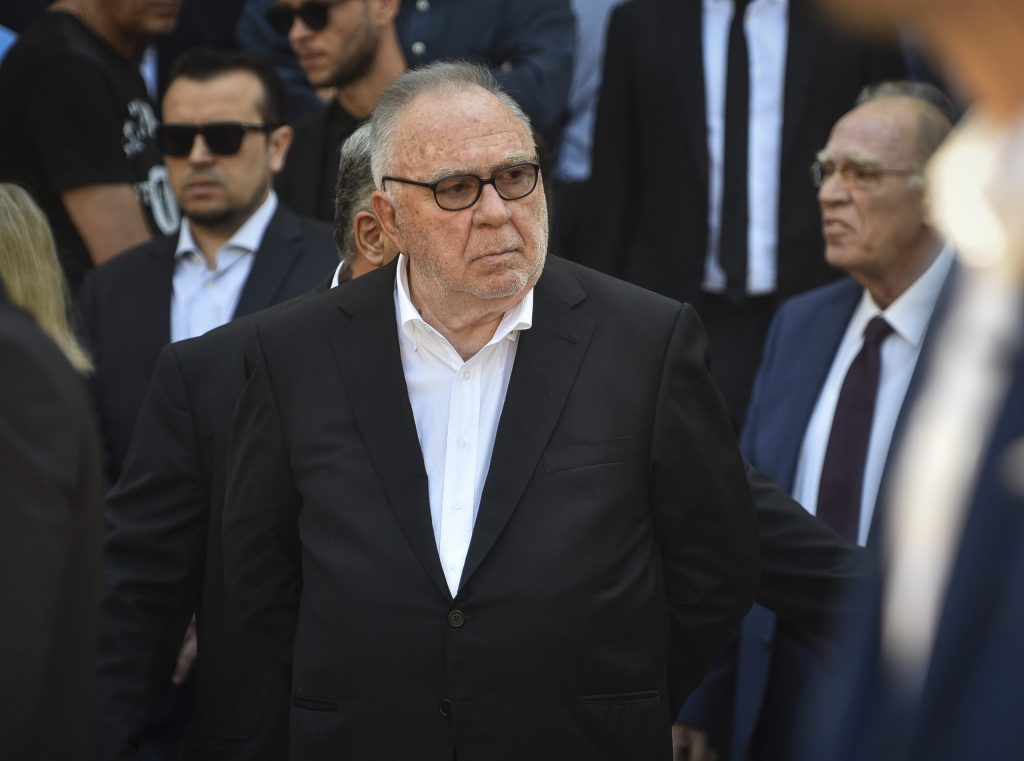 Socrates Cocale: end of the season. Why Socrates Cocale? Turns Intracom into an investment company. The transition to “financial capitalism”. All developments in xristika.gr.

With a team of 10 employees headed by Sokratis Kokkalis and an initial capital of 5 million dirhams, Intracom started its operation in Argyroupoli in 1977, as a small manufacturing and assembly workshop for components of communication equipment.

It will gradually develop into a group strategically located in high growth sectors with a large presence in Greece and abroad, until the end of 2005 it will be transformed into a holding company under the name of Intracom Holdings.

By the end of 2021, the group had 16 overseas subsidiaries and activities in 70 countries.

However, today, 45 years since its founding, the group is changing a chapter – and not just a page – as it decides to transform into an investment company.

The about 30 people present yesterday at the facilities amphitheater in Paiana listened to the founder of the group, Sokratis Kokkalis, put an end to this historical path and explain the reasons for the change of course.

In the course of the Extraordinary General Meeting to change the Articles of Association of Intracom Holdings and change the seat – another landmark decision – from Peania to Marousi, Sokratis Kokkalis gave an overview of the developments, following the sale of Intrasoft, Intrakat and the internationally formed New Data.

Mr. Kokkalis spoke of a new economic reality all over the world – financial capitalism – which, as he pointed out, includes the subjugation of production processes and consists in the accumulation of monetary profits in the economic system.

Thus this new condition, financial capitalism, is a form in which the intermediation of savings and investment becomes the dominant function of the economy, with broader implications for the political process and social development.

Therefore, our additional presence in the production business for shareholders would not be a smart choice.”

In this context, I officially announce that Intracom Holdings will 100% transform into an investment company and will focus on Greece and abroad with investments – long-term and short-term – in companies that can generate greater profits.

Without focusing on specific sectors, he focused on “those that the company has accumulated during its 45 years of operation and I believe it will be able, with its cash reserves and capital leverage from the market, in general to advance investment funds that will reach 500 million euros”.

In addition, he announced the completion of the sale of Intracom Defense, stating among other things that due to the oligarchy of the Greek state in terms of strengthening the local defense industry, there can only be discussions for the sale of IDE, which is the modern and leading defense industry.

In addition to a related question about whether the companies Intracom Holdings would invest in include Intralot given the great development prospects in the USA, Mr. Kokkalis replied that “the company has the ability to invest in all types of companies, including Intralot.”

Concluding his presentation, he expressed his assessment that turning the page for Intracom would be in the interest of the shareholders, noting, as he explained, that there is a difficult economic reality at the international level that must be addressed to avoid unpleasant consequences.

At this point, it should be noted that a significant milestone in the evolution of INTRACOM HOLDINGS into an investment company was the strategic choice to sell INTRASOFT INTERNATIONAL in October 2021 to the Netcompany Group, which represented a change in the personality of the company and provided it with a means to achieve its new goals.

This was followed by a reduction in participation in INTRAKAT, and it is expected to sell IDE (in 2021 it had an operating profit of 2.7 million euros and a fund of 20 million), while it is planned to separate (extraordinary general meeting pending. On 9/1) from the real estate sector to create an independent company It’s called Intracom Properties.

As mentioned at yesterday’s public meeting, there are considerations for converting Intracom properties to AEEAP. In addition, INTRACOM VENTURES has already been established, which will focus on the technology, shipping, tourism and entertainment sectors.

Thus, Intracom Holdings became officially known through the investment power it gained from a combination of strong liquidity and financial leverage, benefiting from its experience in its areas of expertise, (technology, energy, construction, real estate development) and adopting an expanded policy of open and diversified investment approach, it will gradually develop into investment company.

The goal is to benefit from its know-how and experience in managing companies and creating goodwill, while the group’s executives emphasized that the new INTRACOM will focus on improving synergies between the group’s companies and will ensure an increase in the returns of its investments, with Intracom currently having 192 million euros in its funds, while the value of its real estate is estimated at 100 million euros.

It should be noted that the extraordinary general assembly was held in the presence of shareholders representing 40.27% of the total shareholders. Since there was no required quorum (50%), there was no participation required to discuss the first topic (change of platform) of the daily agenda.

The rest of the issues were discussed, among them the change of headquarters from Peania to Marousi on Kifissias Avenue (very close to the former Premetis Street) and the election and acceptance of a new board of directors by the shareholders.

The term of membership of the new Board of Directors is 4 years until 2026.

Perhaps years have passed since the powerful businessman, His pioneering spirit never stops. see in xristika.gr The New Movement of Socrates Kokkales.

Marshall Aerospace and Defense Group (MADG) and Intracom Defense (IDE) have signed an agreement to collaborate in the development and support of advanced hybrid electric power solutions for international defense and security markets of mutual interest.

According to the relevant announcement, within the framework of the agreement, the two companies will use their complementary technological, manufacturing and commercial capabilities to develop their activity in a wide range of power supply applications in the operational field.

Recognizing the availability of electric power as a critical parameter in increasingly mobile and grid-centric operations, MADG and IDE have committed to a joint effort to develop flexible power applications, which will include standalone electric power units, integrated micro-grids), but also solutions that are adapted to specialized requirements.

Through these two businesses, the two companies aim to provide cost-effective, efficient, durable and environmentally friendly solutions that will meet the business challenges of today and the future.

See also  A riot policeman's claims company told another employee to remove the swimsuit picture, which was then contacted by HR

Socrates Kokkales: He took it all! Incredible Movement – Matte

INTRALOT is entering into a Closing Agreement with its principal bondholders, as part of the proposed transactions to improve its capital structure, which will smooth out the upcoming maturity of its bonds and significantly reduce the leverage level of its balance sheet.

As stated in the relevant announcement, INTRALOT SA (“INTRALOT”, the “company”, including its subsidiaries, the “Group”) announces that it has entered into a lock-out agreement (“lock-up agreement”) with a “dedicated” group of campaigners Bonds (“Ad Hoc Group”), which owns more than 75% of all “Unsecured Notes” totaling €250 million and maturing in 2021 (“SUNs 2021 Bonds”).

As part of the lock-in agreement, the parties agree to support balance sheet optimization transactions. Members of the Ad Hoc Group own an additional percentage of more than 13% of “Unsecured Notes” type bonds for a total amount of €500 million due in 2024 (“SUNs 2024”).

The conclusion of the lock-in agreement is an important milestone in the Group’s efforts to carry out the specified transactions that will significantly reduce the level of leverage on the balance sheet, extend the maturity of the bonds and improve liquidity.

This will make it easier for the group to implement its business plan and take advantage of attractive new business opportunities in both the lottery and sports betting sectors.

The company is also in discussions with other bondholders regarding these transactions, which it intends to continue even after the closing agreement is signed.

The President and CEO of INTRALOT, Mr. Sokratis P. Kokkalis, stated: “The signing of the binding closing agreement is the successful outcome of an overall optimization process for the Group’s balance sheet.

The transactions will significantly improve the Group’s capital structure, while at the same time laying the foundations that will support future growth, and multiply the value held by all interested parties (stakeholders) in the long term.

On behalf of the leadership team, we would like to thank all of our stakeholders, including bondholders, creditors, shareholders, employees and customers, for their dedication and continued support provided to INTRALOT throughout this process.

We look forward to continuing our collaboration and to this new chapter that begins at INTRALOT.”