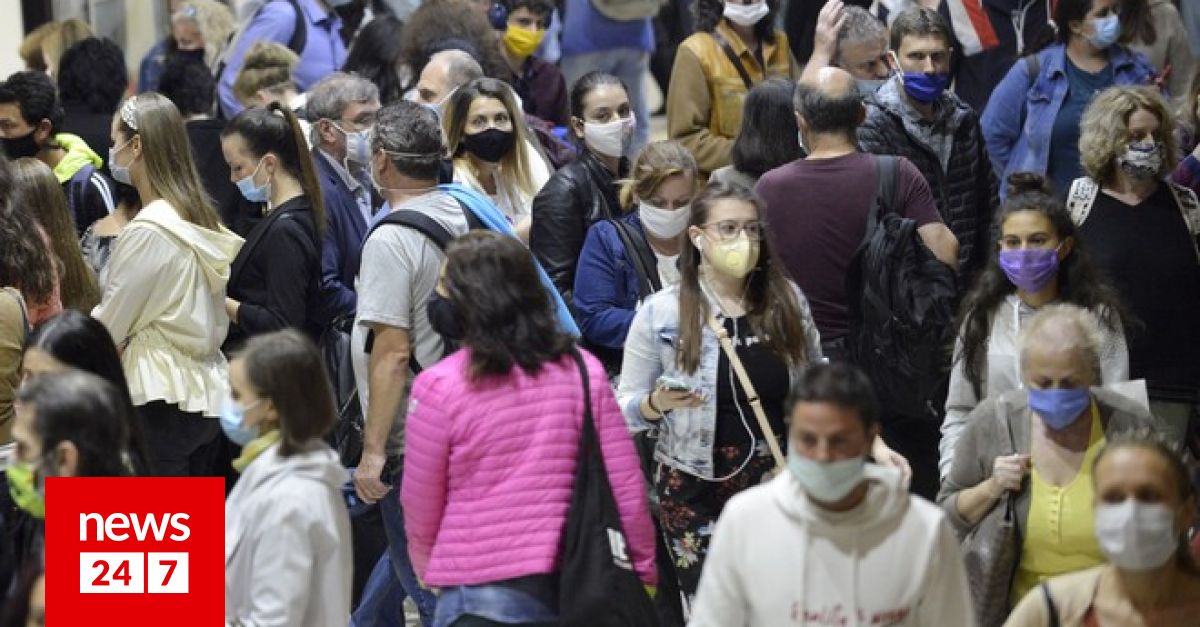 the need “For a common approach to the European Union” And the “Joint European Action” In the case created after its decision China for Lift restrictions related to the Corona virusbut also the increase in cases noted by the Swedish presidency European Union.

lift restrictions on exit from china, Along with its increasing prevalence COVID-19 In the country, it created the need for a joint European action, as the declaration indicates.

“The Presidency is seeking a common EU approach for the possible introduction of admission requirements. It is important that we take the necessary measures quickly.”says Swedish Minister for Social Affairs and Public Health Jacob Versmid.

The most recent country to impose health restrictions is Belgiumwhere It will analyze sewage from planes coming from China.

As he said Stephen Van Gucht, MD, of the Sciensano National Public Health InstituteAuthorities are aware that some passengers suffering from Covid-19 may not use the toilets during the flight. So, The new procedure is not intended to identify patients But to monitor what is happening in China.

several European countriessuch as France, Italy, and also other countries in the world, such as the United States, South Korea, and Japan, have announced that they will now order Negative coronavirus test from travelers coming into their territory from China.

According to the latest developments in the countries that will impose this specific measure on Chinese travelers Canada and Australia have also been added.

In particular, today (1/1) Australian Minister of Health Mark Butler announced that travelers from China to Australia will be required to provide a certificate that they have been tested for the new. Corona Virus with a negative result From Thursday 5 JanuaryNoting that “the procedure was taken as a precautionary measure.”


His government also announced a similar ruling on Saturday (31/12). Canadawhich will also come into effect from January 5 and will have an initial effect for thirty days.

It is noticeable that France Directed on Sunday (1/1) appeal for other EU members to test Chinese travelers for Covid following the Macron government’s decision, which takes effect today.

“France will push for this methodology to be implemented throughout the European Union”And the said Health Minister François Browne as he and Transport Minister Clement Bonne reviewed the new procedures at Roissy-Charles de Gaulle airport in Paris.

For their part, the EU member states are expected to discuss on Wednesday their common response to deal with the problem.

Stockholm indicated that it has decided to activate the IPCRA tool that allows the Council of Ministers to respond immediately in crisis situations.

But Airports Council International in Europe (ACI Europe), which represents more than 500 airports in 55 European countries, apparently did not agree. “These unilateral actions contradict the experience and data we have collected over the past three years,” he said in a statement.

For his part, the Beijing confirms that data Who gives about the epidemiological situation in the country has always been transparent.

According to the Chinese authorities, thanks to the “Zero Covid” policy The Chinese population was largely protected from the epidemicThanks to mass diagnostic checks and strict monitoring of movements, but also by imposing lockdowns in entire regions after a few cases were discovered and isolation in special quarantine centers for those who tested positive.

These brought about extreme measures, which have largely isolated China from the rest of the world severe blow to the economy Who, while in november broke out Protests against health restrictions.