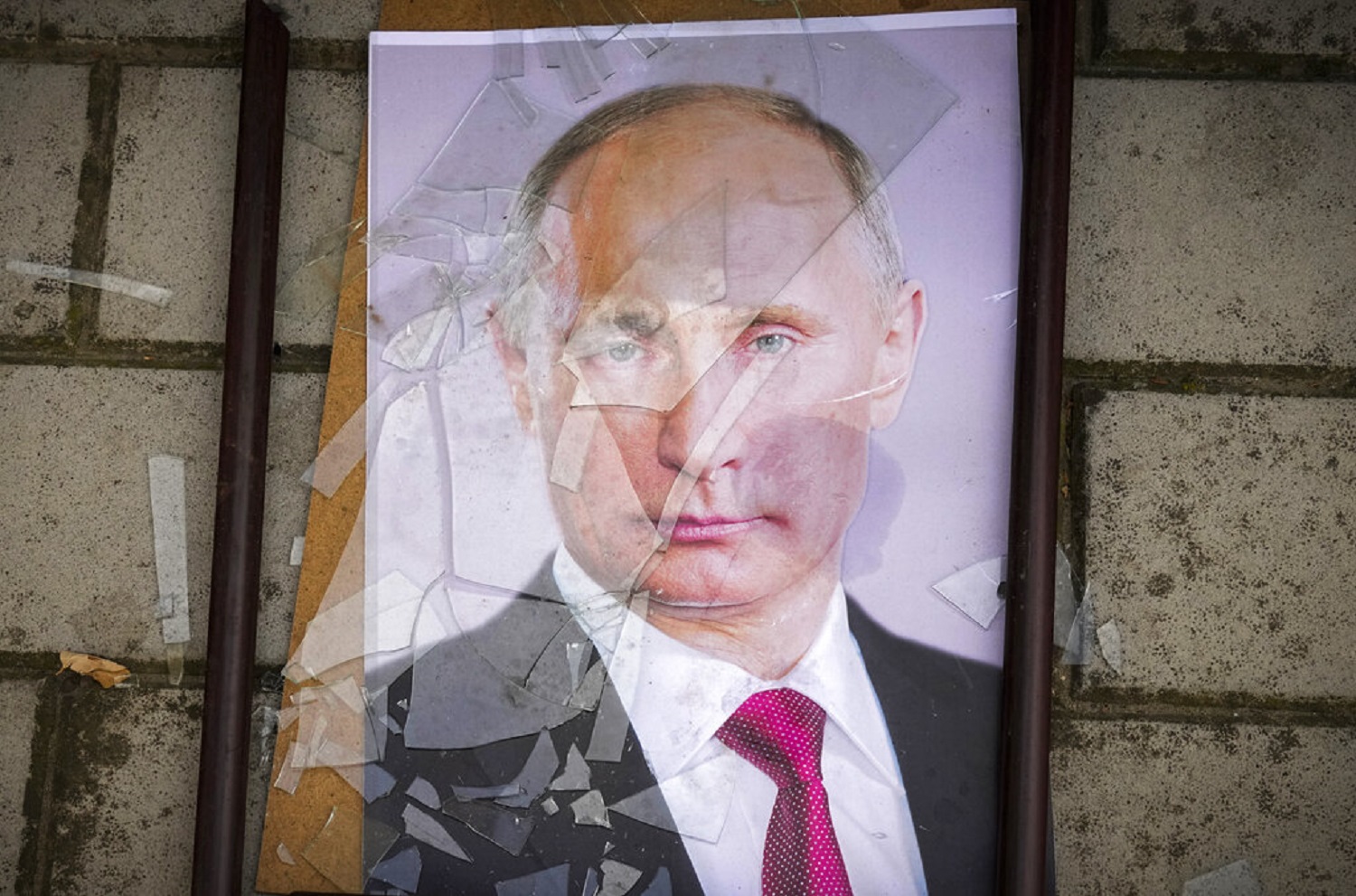 One of the Kremlin’s main arguments for invading Ukraine was to “protect the Russian-speaking population”. Russia during the first weeks of the war occupied large territories in the Kharkov region and in the south, which revived the hopes of the “chauvinist party” to annex these territories and expand the “Holy Russian Empire”.

However, we must note that the Ukrainian counterattacks, which expelled the Russian invaders in the two aforementioned regions, are the last nail in the coffin of Russian influence in them. It is known that the so-called Russian-speaking community both in the north-east and in the south had a special weight in the country’s political life. After the start of the hybrid war in 2014, it has in effect served as an alternative model and counterweight to the declared Euro-Atlantic choice of Kiev and Ukrainian society as a whole.

The local elites in these areas made a huge and catastrophic mistake at the beginning of the war, identifying themselves with the invaders. Essentially, they had to choose between cooperation with the invaders or their autonomy and consequent association with the Ukrainian National Front. The second option naturally shifted them from the front lines of politics to second or even third roles, making them marginal figures.

It is worth noting, for historical reasons, that the Russian invasion took place in those regions, where two years ago the pro-Russian parties recorded great successes in the elections. The “opposition program” of Viktor Medvedchuk, Putin’s best man and oligarch, managed to win the elections to the regional councils of the Zaporozhye, Mykolaiv, Odessa and Kherson regions.

According to a survey conducted by the Kyiv International Institute of Sociology in February 2022, 53% of residents of the eastern provinces of Ukraine view Russia positively, while in the south this percentage reached 45%. Accordingly, 22% in the Lugansk region and 11% in the Kherson region view the country next to them with a positive eye.

See also  Spain: A man hacked into churches with a machete

Nevertheless, the movements were similar on the ideological level and in the national sentiment of the inhabitants of these regions. According to a public opinion survey conducted by the “Institute for Democratic Initiatives” together with the “Ruzumkov Research Center” in April 2022, the personality of the leader of the Organization of Ukrainian Nationalists Stepan Bandera was favorably received by 65% ​​of residents of the eastern regions and 54% of the southern regions, while in In 2021, the corresponding percentages were 11%. Moreover, today 68% of the population of the southern regions say that the Ukrainian language is their mother tongue and 53% of the eastern ones. However, 49% declare that they are bilingual in the southern regions and 47% in the eastern regions.

Changes in the perceptions, beliefs and preferences of the population, as was natural and expected, forced a series of local politicians to redefine their position in order to save their political future. A typical example is the mayor of Odessa, Gennady Trukhanov, who boldly supported the removal of the monument to Catherine the Great, when he himself last year expressed his strong disapproval.

See also  In the face of the invasion of Ukraine, a barrage of sanctions against Russia

In the last ten months of the war another remarkable event was noted concerning a few local lords and officials who co-operated with the occupying forces. This is in stark contrast to the number of those who collaborated with the Russians in 2014 in Crimea and Donbass, who almost automatically joined the machinery and hierarchy of the occupying forces, where they remain to this day.

The most famous example of rationing is Vladimir Saldo, a former prominent Kherson politician, who took the post of head of the regional administration appointed by Russia. It should be noted, however, the mysterious death of Kirill Strimosov in a car accident, and Alexei Kovalyov, a Kherson businessman and member of parliament, was killed under mysterious circumstances. At the same time, the mayor of Kremenaya, Vladimir Strock, a former prominent politician in Luhansk, was killed by Ukrainian partisans, while Aleksandr Rzavsky, a politician who advocated dialogue with Russia, was murdered by Russian political scientists in Bucha.

The cooperation of many political leaders in these regions with the invading forces led to the liberation of the central authority in Kyiv, which without hesitation banned 12 political parties, which maintained close ties with the Kremlin. Among them were “The Opposition Program – for Life” and “The Opposition Front”.

Some of the cadres of these parties are trying to adapt to the new conditions, defend the territorial integrity of their homeland, and participate in the war struggles.

This is how the situation developed in the eastern and southern regions of Ukraine.

What does this mean for Russia itself?

The first conclusion that readily emerges is that the Kremlin’s plan to “exploit” Russian-speaking Ukraine has failed miserably. Instead of meeting the hordes of Russians with bread and salt, according to the tradition of the East Slavic tribes, the inhabitants of the southern and eastern regions of Ukraine, suffering from the violence and arbitrariness of the “Russian world”, rejected the “offer” and turned to the native center. Responsibility for this radical shift rests with the Kremlin and the advisors it trusts.

No matter how and when this war ends, there will be no place on the Ukrainian political scene for pro-Russian parties like Medvedchuk’s “opposition platform”, which the Ukrainian authorities exchanged after his arrest for high treason, with the heroic fighters of Azovstal, who were captured.

The vacuum created by the withdrawal of the old party system and its representatives in these regions, it is understood that the remaining parties and, above all, the party of President Zelensky’s “Servant of the People” will try to fill. Indeed, a series of new executives emerged from the flames of war, who, after the war, will play an important role in the country’s reconstruction and on its way to the great European family.