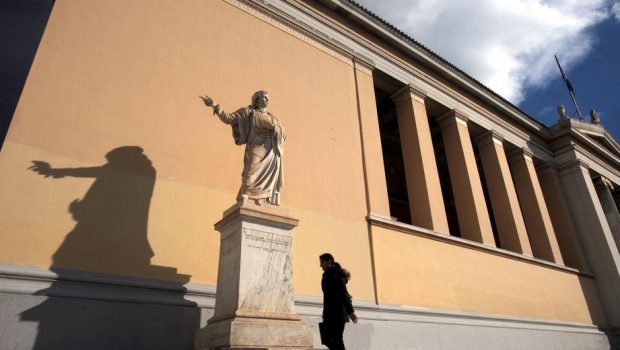 Of course, in the past five years (2017 – 2021), the unemployment rate for young graduates of higher education, between the ages of 25 and 39, has decreased in the European Union countries. Greece shows the largest decline of all EU countries (-4.9%) but the overall rate of unemployed graduates remains particularly high.

At the same time, the data of the Organization for Economic Co-operation and Development and the Statistical Office of the European Communities show, as stated in the report, that the level of education of the population, internationally, shows an upward trend over time, both at the age of 25-34 and at the age of 25-64 in the OECD countries Economic and development, people between the ages of 25 and 34 have a higher level of education than older people on average.

In terms of gender, female higher education graduates outnumber men and specifically in Greece they outnumber them by 14.38%.

In Greece, the percentage of holders of a higher education degree in the 25-34 age group is close to the OECD average, i.e. 43.69% compared to 45.48% in the OECD. On the contrary, in the 25-64 age group, the percentage of higher education holders drops significantly: 32.74% compared to 40% in the Organization for Economic Co-operation and Development. 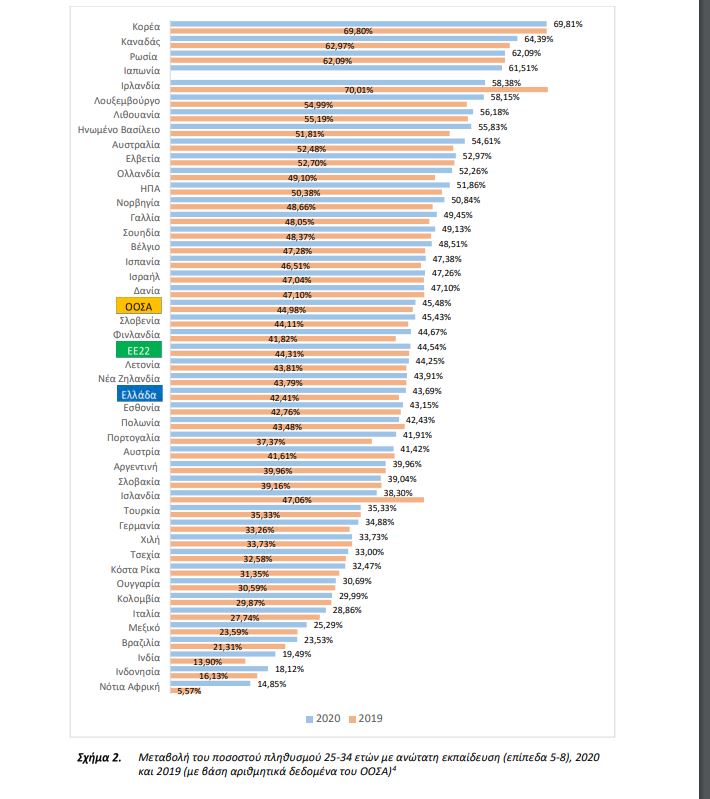 In OECD member countries, in 2020, the average employment of fresh graduates was 82.98%, after it registered a slight deterioration compared to the previous year. The Netherlands (91.6%), the United Kingdom (90.6%), Lithuania (90.4%) and Switzerland (90.1%) have the highest employment rates for higher education graduates aged 25-34.

Colombia (-7.9%), Costa Rica (-7.5%), Iceland (-6.4%), Australia (-5.2%) showed significant declines in employment of recent higher education graduates, and Brazil (-5.4%). Conversely, except for the significant increase in South Africa (+29.9%), a marginal positive change of less than 1% was recorded in Slovenia, Finland, Austria, the United Kingdom, Switzerland and the Netherlands.