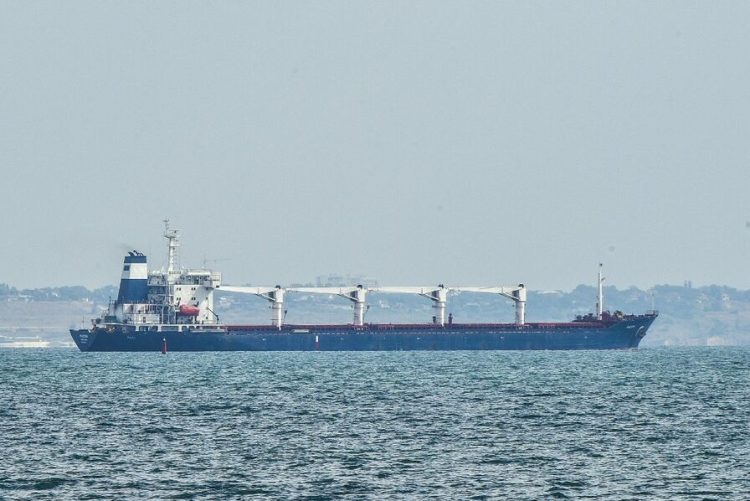 The first grain-laden ship to leave Ukraine since the start of the war with Russia continues to sail to Lebanon after an inspection Wednesday by a team from the Joint Coordination Center (JCC) in Istanbul.

The Sierra Leone-flagged cargo ship Razzoni, carrying more than 26,500 tons of corn, docked off the Turkish coast near the entrance to the Black Sea in the Istanbul Strait on Tuesday evening for joint inspections. It left the Ukrainian port of Odessa on Monday as part of a landmark agreement brokered by Ankara and the United Nations last month to resume Ukraine’s grain exports.

The inspections took more than an hour. After obtaining the security clearance in Istanbul, the ship will cross the Turkish Strait on its way to the port of Tripoli.

Shortly after the inspections ended, Turkey’s Ministry of National Defense said on Twitter that the ship would cross the Turkish Strait “soon” and continue on its way to Lebanon.

Ukrainian Infrastructure Minister Oleksandr Kobrakov also tweeted that the ship had been inspected. successfully by the delegation, adding that ” Ready to continue its journey to the port of Tripoli in Lebanon “.

Turkey, the United Nations, Russia and Ukraine signed a landmark agreement on July 22 to reopen three Ukrainian ports — Odessa, Chernomorsk and Yuzhny — to grain that had been blocked for months due to, of course, the Russo-Ukrainian war, and which are now within their borders. The sixth month.

To oversee Ukraine’s grain exports, a joint coordination center was officially launched in Istanbul on July 27, including representatives from Turkey, the United Nations, Russia and Ukraine to enable safe transport by merchant vessels for food and fertilizer from Ukraine’s three major Black Sea ports.

Earlier, Turkish Defense Minister Hulusi Akar said that the Joint Coordination Committee is made up of five representatives – military and civilian – each of Turkey, Russia, Ukraine and the United Nations, and that there will be no military component on the ground.