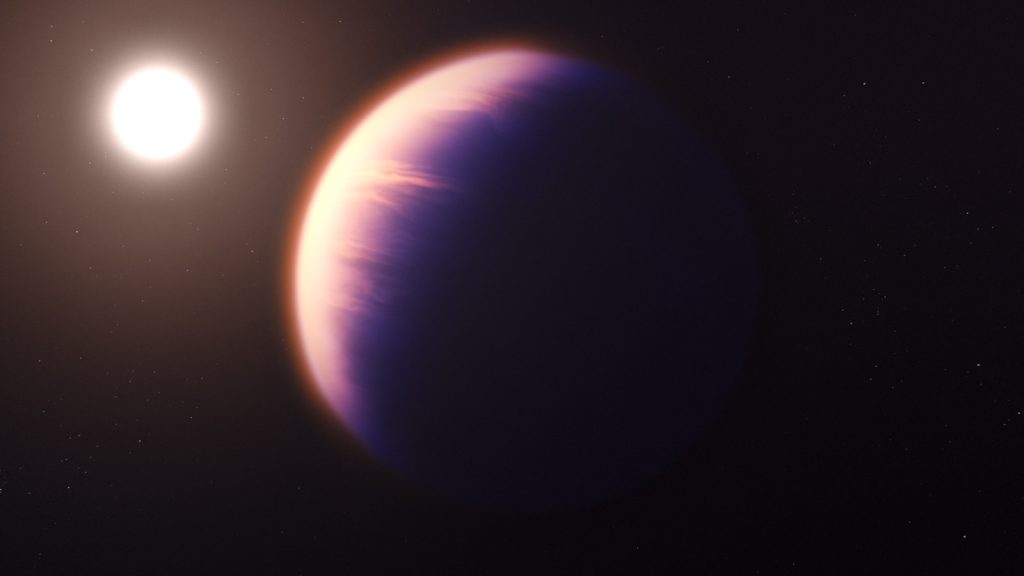 The Can do much more than production Universe. observatory for the first time of carbon dioxide in the atmosphere of a planet not in our solar system. Gas was discovered in WASP-39 b, the gas giant that orbits a star 700 light-years away.

The Hubble and Spitzer telescopes previously detected water vapor, sodium and potassium in the planet’s atmosphere. But JWST has more powerful, infrared-sensitive capabilities and was able to capture a CO2 footprint as well.

Catch Your Breath – Webb has captured the first clear evidence of carbon dioxide (CO2) in the atmosphere of a planet outside our solar system! WASP-39 B is a gas giant that orbits closely around a Sun-like star 700 light-years away: https://t.co/FenLqV6HSo pic.twitter.com/abJvqxfLdG

“Understanding the composition of the planet’s atmosphere can help us learn more about its origin and evolution,” according to the official JWST report. . “Webb’s success here provides evidence that he may also be able to detect and measure carbon dioxide in the thin atmosphere of small, rocky planets of the future.”

NASA JWST spectroscopy data were captured from WASP-96 b, a gas exoplanet about 1,150 light-years away. The observatory detected the “clear imprint of water” as well as fog and clouds, which were not previously thought to be present on WASP-96b.

Also this week researchers An exoplanet about 100 light-years away. It was discovered with the help of NASA’s Transiting Exoplanet Survey Satellite and ground-based telescopes rather than JWST, but it might be worth a closer look from the latter. Researchers believe that water can make up as much as 30 percent of the mass of TOI-1452 b, which is considered a “super-Earth”. It is about 70 percent larger than Earth and may have an “extremely deep ocean”.