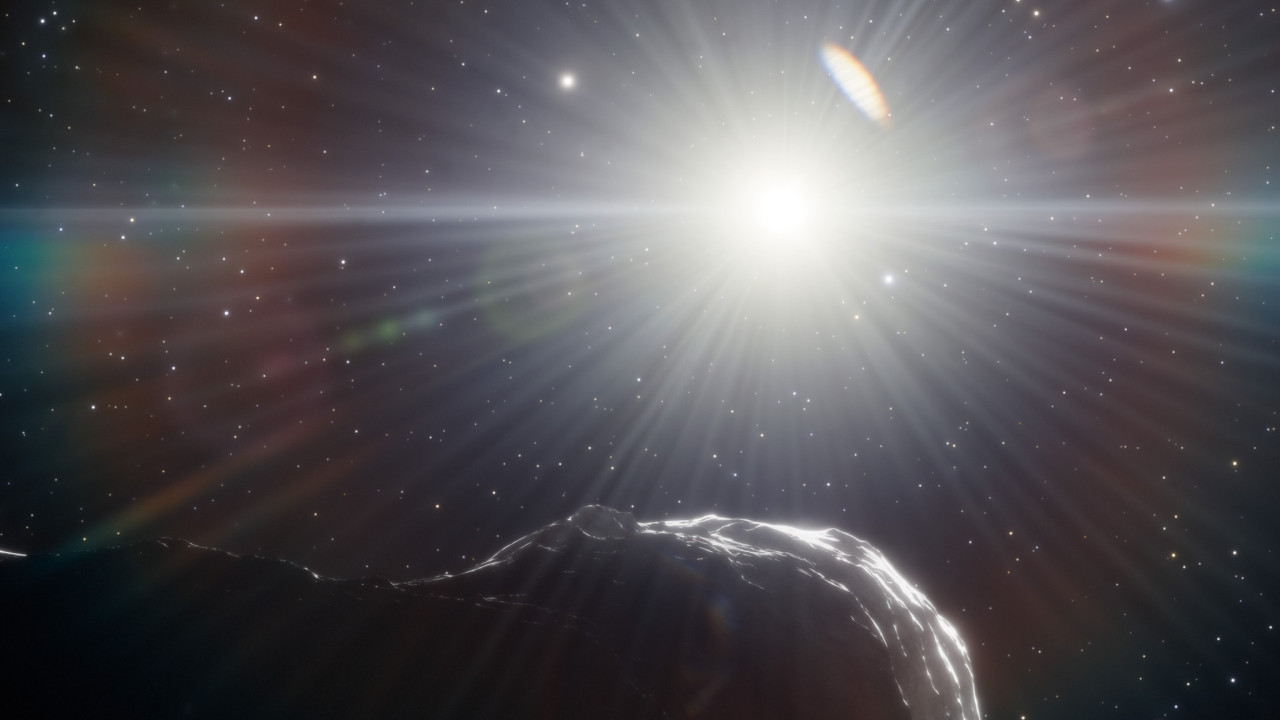 2022 AP7, one and a half kilometers in diameter, is the largest potentially dangerous asteroid on Earth discovered in the past eight years.

An international team of astronomers at the Cerro Tololo Pan American Observatory in Chile has for the first time identified three large asteroids nearby, hitherto hidden from the glare of the sun.

One of them is the largest potentially Earth-threatening asteroid discovered in the past eight years. it’s about”2022 AP7”, with a diameter of one and a half kilometers, and its orbit may at some point intersect with our planet.

The other two orbits with a diameter of about one kilometer are “2021 LJ4” and “2021 PH27”, and their orbits are estimated to remain far from Earth’s “track” in the sky.

2021 PH27 is closest to the sun asteroid found so far and it is believed that during its orbit, when it gets very close to our star, its surface becomes so hot that it can melt lead.

The three space rocks belong to a group of asteroids that move in the inner solar system, between the sun and the orbits of Earth and Venus.

This is a very difficult area for astronomical observations, since ground-based telescopes “blind” the glow of our star, while space telescopes are completely unable to observe, since their electronics will be burned by solar radiation. Thus, so far only 25 asteroids with complete orbits between the Earth and the Sun have been observed.

NASA calculated the orbits of almost all near-Earth objects after the end of the 21st century, and so far no celestial hazards have appeared, at least for the next 100 years.

See also  One of the Webb Telescope tools has a glitch

If, unfortunately, such a possibility of an asteroid collision with Earth should arise, space deterrence technologies are already being tested as part of planetary defense, With the first test not so long ago it was crowned with success.

A newly discovered asteroid, “2022 RM4,” which is the size of a skyscraper and also belongs to the class of potentially future hazardous, will pass near Earth on November 1.

The so-called “Halloween asteroid” (which is celebrated on the night of October 31 mainly in Anglo-Saxon countries) has a diameter of 330 to 740 meters and will pass at a speed of 84,500 kilometers per hour at a distance of 2.3 million kilometers from our planet, or about six times the average The distance between the Earth and the Moon, according to NASA.

The latter is classified as a “Near-Earth Object” i.e. a celestial body approaching at a distance of less than 193 million km, and a “Potentially Hazardous” any large object that reaches a distance of less than 7.5 million km. Anything that receives this designation, is constantly monitored by astronomers for the possibility of a change in its orbit, which could lead to a catastrophic collision with our planet.