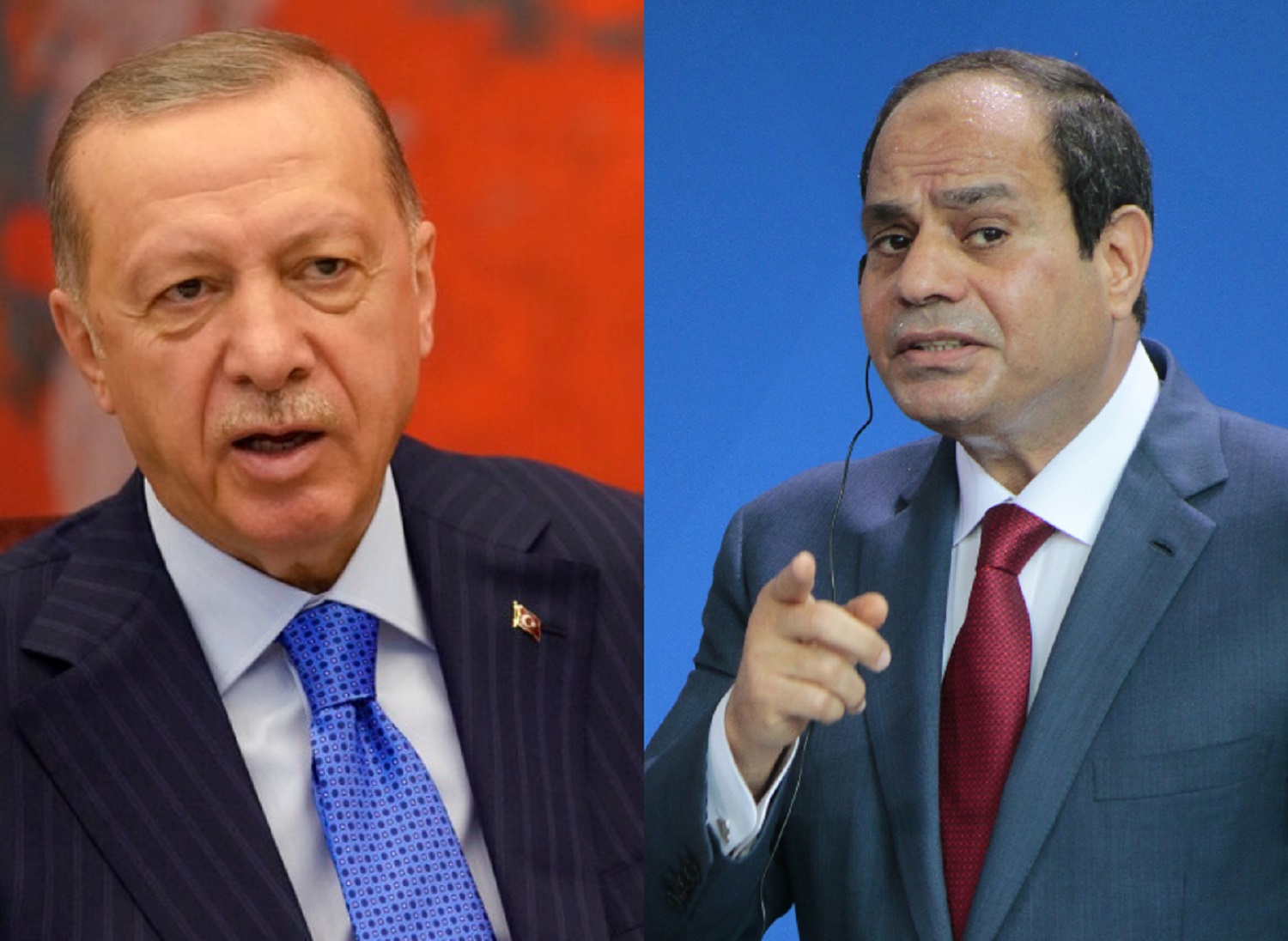 Turkey and Egypt are engaged in a direct confrontation over the control of developments in Libya, as Cairo seems determined to prevent in any way the consolidation of Turkey’s influence in the important Arab country in North Africa, the outcome of which relates directly to Greece.

A competition that is not only related to preserving Libya’s rich energy resources, outside Turkey’s control, but also has a broader dimension, as it relates to the efforts of Egypt, the largest Arab country, to prevent and create Turkey’s interference in the Arab world. Erdogan’s sphere of influence in the Arab region.

Ankara may have made efforts to distance itself from the Muslim Brotherhood, but Cairo and President Sisi remain deeply suspicious of Erdogan’s expansionism and know that at the first opportunity, he will induce Brotherhood followers in the Muslim world to manipulate Arab countries. This is something that goes beyond Egypt’s permissible limits.

With Egypt emerging in rival Turkey’s fear of developments in Libya, it is largely understandable that Athens is trying to find common ground and follow Cairo’s options, despite the fact that this leads to excesses such as the absence of diplomatic representation of Greece in Tripoli. Today, even Egypt maintains a charge d’affaires in the Libyan capital, while France appointed only last week and appointed its ambassador to Tripoli, who is of Arab origin.

In this flexible situation, the intervention of the Greek Prime Minister to the Americans, and specifically to the Minister of Foreign Affairs A. Dabaiba government so that talks can resume between Greece and Libya to demarcate the borders of their maritime areas.

Of course, this Greek proposal would have to overcome the obstacle posed by both Athens and Cairo, which is the fact that the Dabaiba government is not empowered to make decisions on agreements with other countries, let alone when it comes to sovereign rights. Libya.

The start of a dialogue between Greece and Libya would be a very positive scenario, but the likelihood of the Americans exercising such influence over the Libyan government is unknown. And in any case, from the very first moment, serious problems will arise, first of all, whether the border demarcation negotiations will cover the entire maritime borders of Greece and Libya, which presupposes Tripoli’s cancellation of the Turkish-Libyan memorandum.

Or in a different case, such negotiations could, ideally, cause the two countries to enter into a joint promissory note, which would, however, draw up the Turkish-Libyan memorandum (causing Turkey’s participation) and grant the licenses. For companies of the Court of Justice to conduct a search on plots of land already licensed by Greece to foreign companies southwest of Crete (in Greece but not identified under the International Continental Shelf Agreement).

The confrontation between Cairo and Ankara

The new data that resulted from the freezing of talks between Egypt and Turkey on the occasion of what is happening in Libya, highlighted by Shoukry’s recent statements. He was usually moderate and thoughtful in his statements. The Egyptian Foreign Minister did not hide his words, noting that the joint exploratory meetings between his country and Turkey stopped after two rounds, as “there was no change in the practices of the Turkish side in Libya.” The occasion was the signing of the new agreements between the governments of Dabaiba and Ankara, the first on activating the Turkish-Libyan memorandum for 2019, and carrying out oil exploration work by Turkish companies on behalf of Libya, and the military cooperation agreements signed by Mr. Diba in Ankara with H. Akar.

The confrontation continued today, Sunday, as Mr. Sukari intervened in the ministerial meeting of the League of Arab States in Algiers, and imposed an amendment to the joint statement of the summit today and tomorrow, provided that there would be a “unified government”. They represent all Libyans, which will end the transitional phase and lead the country to elections,” a formula with which Libyan Foreign Minister N. Mangos disagreed, as this statement essentially delegitimizes the current Dabaiba government.

Egypt, Athens and other important capitals such as Washington, Paris, Berlin and the European Union have all agreed that based on the political agreement it owes its existence to, the Dabaiba government has no right to sign agreements linking it to the country. This is also Greece’s strong argument describing the October 3 agreement as non-existent.

It is particularly important that in the UN Security Council that approved the renewal of the UN mission in Libya, despite the reaction of the Turkish permanent representative, you finally included in his decision, for the first time, an explicit reference to Article 6 of the LPDFA ​​agreement, which states that the government cannot enter into agreements that will bind the country in the future and may be harmful to the country’s foreign policy. Something that directly refers to the latest Turkish-Libyan agreement on October 3. Evolution Greek diplomatic sources expressed satisfaction.

Egypt, which maintains close relations with the forces of eastern Libya, according to Arab newspaper reports, is also moving towards Haftar’s side, which controls eastern Libya, with an additional pretext, which is that the area offered by the Dabaiba government to Turkey for investigations. It mainly concerns areas of maritime zones to which eastern Libya is a reference, which the Dabaiba government does not control, and therefore cannot exercise its sovereign rights. It seems that the Egyptians insist and want to encourage the forces of eastern Libya to directly challenge Turkey’s right to take any movement in the maritime area that constitutes a projection of the eastern Libyan coast.

What is Egypt afraid of?

According to information received from Arab media, Egypt is not acting alone, but rather in full cooperation with France. The common goal is to limit the expansion of Ankara’s control over energy resources and infrastructure in Libya.

However, with regard to the support of eastern Libya by Egypt, there is a serious problem due to Haftar’s relations with Moscow and the support he received from the Wagner paramilitary forces, as Haftar’s support can be seen as indirect support to strengthen Moscow’s influence in Libya.

According to the same information, Cairo sees Turkish activity in the Libyan energy sector as a threat to Egypt’s planned transformation into a natural gas export hub for the Eastern Mediterranean through LNG terminals already operating on Egyptian territory, but it also views Turkey negatively at a Turkish effort to push for gas transit. Nigerian via Libya to the eastern Mediterranean, instead of the planned route through Algeria and Morocco in order to control this energy source for Europe as well.

However, the head of the Libyan National Oil Company (NOC) Farhat bin Qadara announced, yesterday, that Libya has reached an agreement with ENI and BP to explore and extract natural gas in the offshore areas of the Gulf of Sirte, where it is still there, according to him. Deposits larger than the huge Egyptian Zohr deposit.