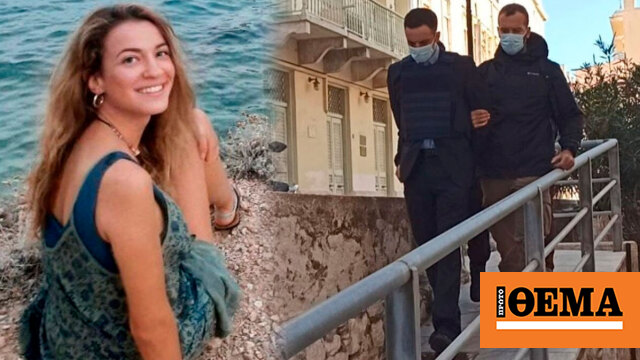 According to Syros’ mixed jury trial, the 30-year-old accused murder her Garifalias Psarakou at Pholechondros In the summer of 2021.

It may be recalled that the judges fully accepted it Proposition of counsel They also referred the 30-year-old man to a hushed-up trial for premeditated murder, rejecting his defense pleas.

According to the findings of the examination of Garifalia’s lifeless body by the Forensic Service of Prayas, led by medical examiner Ilias Boyoka, Rescued from sea by porters She had a puncture wound in her right eye, scratches on her right side, but also on her back, as well as on the right side of her head 4-5 cm.

Also, from hitting the rocks, the parietal suture of the skull was opened, while all the blows, as well as the dragging on the rocks, took place while Caryfalia was alive. Mr. According to Bogioga’s conclusion, the injuries sustained by the 26-year-old pharmacist, especially the head injuries, were capable of causing anesthesia and severe pain, saying that the perpetrator had thrown her into the sea and the unfortunate girl’s death. Due to drowning.

After adjournment on November 17, the trial began Together with the parents of the unfortunate girl, they seek justice for their child’s memory.

According to the reasoning of the court, it informs logostypos.gr, the crime in Folekandros took place with two push-ups outside the car (one was found in the car and the second was Garifalia’s personal belongings). The verbal episode between the offender and the victim began in the car.

The Court It was unanimously concluded that the injuries on the victim’s face could have been inflicted by the offender again. At the same time, he also alleged that no immediate effort was made to save the victim. Some of the findings found at the crime scene testify to a fight between the two parties.

The court rejected defense lawyers’ claims about the accused’s reduced charge, although he admitted seeing a psychiatrist but had never presented any serious psychological episode in his lifetime.

Also, the court unanimously rejected exception 36 on the grounds that the 30-year-old had never shown aggressive behavior, while also rejecting the allegation of mental retardation.

Parents of the accused

He testified in court The family of the accused His mother described him as an “excellent student” who “gave no occasion for his behavior at home and in his life”. He said that this is a child who does not take any initiative if something happens to him, and according to him he is very closed nature, to the extent that he avoids being with relatives.

According to Cyclades 24, the 30-year-old has had psychotic episodes since 2014, which occurred while he was studying at the University of Athens, resulting in his mother frequently visiting him in Athens.

According to the testimony, the 30-year-old presented with a mental instability – which led to several visits to specialists who ruled that he suffered from bipolar disorder, while he failed to complete the treatment of two psychologists and a psychiatrist. He attended with him.

See also  The FBI raided a Texas synagogue to free hostages, and the gunman was killed

Regarding his relationship with Garifalia, whom he met through a mutual friend, the accused’s parents said that they saw her when he came to their house, for a holiday in Folegandros, and they tried to stop him, recommending to him the beaches of Messenia. and Laconia.

They argued that the 30-year-old had nothing to do with the environment, referring to what happened after the crime in Folegandros. “They called us and informed us that Dimitris was accused of murder. The next day we left for Folekandros, despite this they did not allow us to see him. When we saw him, we saw a frightened and agitated child who did not recognize us,” his father testified.

Ilian: This is the house-hell where eight 15-year-old boys raped their classmate

Bouzoukis on holidays: How much does each table cost?