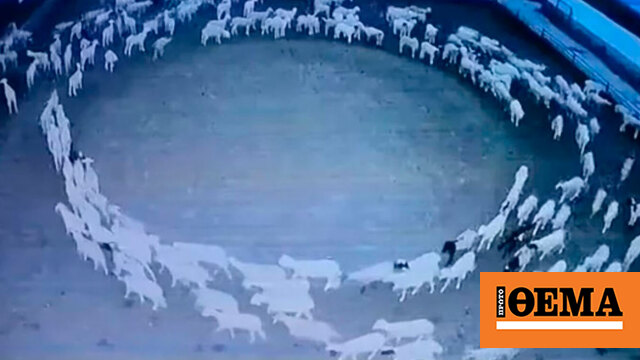 Last week’s video featured a group of Sheep on a farm in China for a cycle of 12 consecutive days.

The farm owner said at the time that he could not understand why scientists had developed this behavior since then original video China’s state-controlled People’s Daily reported that the sheep were in good health.

It didn’t take long, in fact, for conspiracy theories to evolve to the point of talking about a sign pointing to… the end of the world.


According to scientists, however, explain their behavior Sheep It has completely natural causes and certainly has nothing to do with the listeriosis disease that can cause confusion in animals and make them run in circles, as infected animals die within 48 hours.

Professor in the Department of Agriculture at the University of Gloucester Matt Bell said.

The British professor added, “After some sheep started, others joined because they are animals that live in flocks and want to be with their ‘friends’.”

As mentioned in the Merck Veterinary Manual, the social behavior of sheep is dominated by a herd pattern in which the movements of the animals are controlled and units are protected from hunters by moving away from danger as groups.

Europe prepares for Christmas with fewer lights and pieces

“Hit the election button,” the prime minister advises his colleagues