“There is a totalitarian authoritarian regime. Now, I answer those who wonder why Tayyip Erdogan does not talk to Sisi, because sometimes there are mediators who come here, but I will never talk to someone like him,” Erdogan said in 2019 as he left the state dinner he hosted on the same day. general. Then-US President Donald Trump is at the United Nations because Egyptian President Sisi was sitting at the US President’s table.

It has been nine years since Sisi took control of his country’s fortunes by ousting President Morsi, a close friend of Erdogan and leader of the Muslim Brotherhood, during which harsh characterizations were exchanged between the two leaders for shaking hands at the opening ceremony. World Cup in Qatar. And, of course, it was no coincidence that in the photo that was released, it was the Emir of Qatar who acted as the “consul” with outstretched hands.

In addition, Qatar has persuasion in both countries, as Mr. Erdogan sees in his Emir his hope to save the Turkish economy when needed with an injection of money, while Al-Sisi follows the example of other Arabs who normalized relations with Doha. , trying to take advantage of attracting approximately $3.5 billion in Qatari investments in the last quarter.

The two sides express, with the statements of Erdogan and the representative of the Egyptian presidency, their hope that this handshake will pave the way for talks to improve relations.

Just two weeks ago, Egyptian Foreign Minister S. Sucre stopped contacts between the two countries (two rounds of talks took place in the previous year) on the occasion of Turkish policy in Libya.

But now it seems that the window is opening with a decision from the summit to resume these talks, which of course must face many obstacles.

Because in these years, political hostility arose between the two countries, with poisonous accusations leveled on both sides, but also with the development of competition in regional conflicts mainly in Libya, but also in Syria, while Egypt looks with great suspicion at Ankara’s attempt to expand its borders. Influence in the Arab world and North and Central Africa.

As for the Muslim Brotherhood, it is clear that Ankara is taking measures to restrict them in Turkey in order to appease President Sisi, but it has not abandoned them.

Mr. Erdogan has recently shown that he is ready for big oddities, as he did with the United Arab Emirates, Arab countries and Israel, and he remained the toughest opponent, the Egyptian president.

The normalization of Israel’s relations with the Arab countries with the Abraham Accords, the restoration of Saudi Arabia, and the creation of the UAE’s relations with Qatar a new climate of “reconciliation” and calming of conflicts that threatened to destabilize the most volatile regions of the world. In which a large part of the wealth-producing resources of the global economy are concentrated. This process is taking place with the blessing of the Americans and reminds us of the previous American plan to expand cooperation in the region centered on Turkey, Israel, Egypt and the Gulf states.

Certainly, Turkish-Egyptian relations will not be normalized overnight, as there is still a long way to go, but a basis for rapprochement is being created, as everything shows.

This new environment creates new challenges for Athens as well.

During the previous period, Athens engaged in a race to ensure that the process of normalizing Turkish relations with the UAE, Saudi Arabia, Israel and Egypt would not be at the expense of the strategic relations that these relations developed with Hellas.

But there is a strange situation where Greece’s relations with these countries were established and strengthened precisely on the basis of enmity and rivalry with Turkey. Without forming an alliance against Turkey, they had a clear inclination to create a strong counterweight in efforts to strengthen Ankara’s influence in the Arab world in the eastern Mediterranean and North Africa.

Without disappearing all the reasons that pushed these countries towards Turkey, it is clear that a different climate is being created, in which Greek foreign policy now has to move. Not such an easy task, but Greece has “diplomatic tools” in its hands.

With Egypt, there is a special situation because it is a country that has borders with Greece and is in fact in an area where Turkey disputes the sovereign rights of Greece.

The Greco-Egyptian, albeit at great cost, is an important wedge in Turkey’s aspirations as it overlaps with the Turkish-Libyan. Of course, there is still a large area left out of demarcation east of the 28th meridian as the Egyptians wish to keep it suspended so as not to come into direct conflict with Turkey but also because according to Turkish logic they would cut off a large piece of the Greek continental shelf.

The military relations between Greece and Egypt have gained depth and will almost not be disrupted due to rapprochement with Turkey, just like cooperation in the field of energy, as the electrical connection of Europe with Africa, via the cable that will connect Greece to Egypt, is the project of the future. Also, Egypt will not accept Turkey keeping Libya in its sphere of influence, because this will leave a permanent open wound in its soft stomach…

See also  From the kitchen to Mars, indoor farming is still finding its way

Athens will also present to the Egyptian side an “agreement on the employment of seasonal workers in the agricultural sector,” which is of particular interest to Cairo.

Now the game in the eastern Mediterranean is more complex and difficult, and it is a great challenge for Greece to stay “alive” in this game with strong positions and allies. 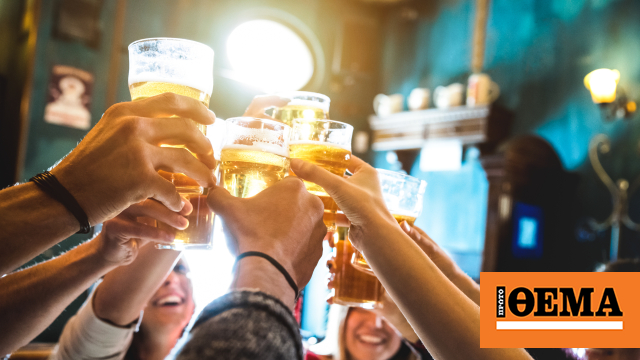 Surprises on the list of alcohol use in Europe