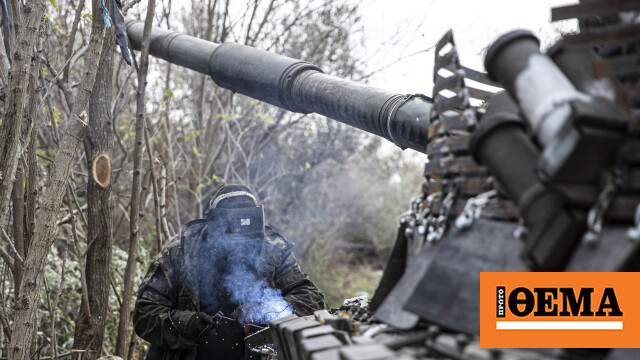 Very heavy losses for the Russian army in Battlefields of Ukraine, Especially in the last 24 hours during the retreat from Kherson region.

As the Daily Telegraph reported, Russian soldiers abandoned their wounded comrades as they retreated. Nikolai, a Ukrainian soldier fighting in the area, told the newspaper: “There is a withdrawal of Russian forces to more fortified positions. But there were still populated places where we witnessed battles. They withdraw because they have heavy losses and losses. Moreover, they do not take the bodies of their soldiers and leave The wounded are behind them.”

It is reported that in an exclusive interview with Reuters, the Ukrainian Defense Minister said: Moscow He maintains a force of about 40,000 men in the Kherson region, and his intelligence indicates that a large number remain in the center of the city, on its outskirts, and on the right bank of the Dnieper.

It is not easy to withdraw these forces in a day or two. He estimated that it would take at least a week.” He denied the possibility of the Russian army blowing up the Kakhovka Dam during its withdrawal, describing it as “madness”, stressing that in such a case it would flood areas under the control of the invaders.

Doctrine of Terror under General Surovkin


Ukraine’s Defense Minister has accused the new commander of Russia’s invasion forces of practicing a “terrorist doctrine” by bombing civilians and vital infrastructure.

Asked whether Moscow’s strategy has changed since the appointment of General Sergei Sorovikin as commander of Russian forces in Ukraine, Reznikov said emphatically: “Yes, it has changed. It resorts to terrorist tactics against civilians and infrastructure.”

“They don’t fire one or two missiles at Ukraine like they used to. They fired 40 in one day, took a short break and continued… over and over again…”, he explained.


Ukrainian Defense Minister Oleksiy Reznikov downplayed Russia’s threat to use nuclear weapons, claiming that even the Kremlin does not know the current status of its nuclear arsenal.

What is the technical assessment of their nuclear weapons? Do you know? number. me too. They don’t know either. Because the last test they did was in the 1990s in Kazakhstan, more than 30 years ago,” Reznikov said.

He noted that he hoped that India and China – which cooperate with Russia in various fields – had already warned Putin that the use of nuclear weapons was a “red line”.

“I don’t think (the Russians) will use it. However, when you have a neighbor monkey who has a grenade, you have to take into account all the risks,” added the Ukrainian minister.

Russia: Climate … 1916 for Putin after the withdrawal from Kherson

Micheline Connery: “Love With Sean Was So Fast”

See also  No more caviar, fancy restaurants in Kyiv give out free meals