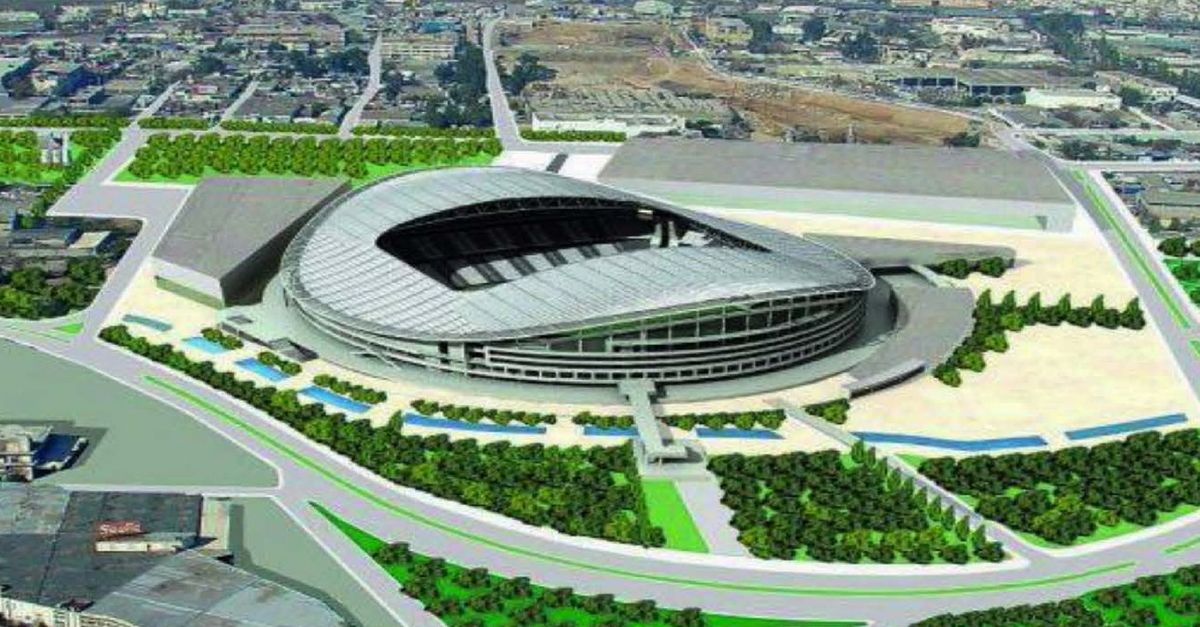 Kostas Goulis, on the occasion of the wonderful interview with Kostas Bakoyannis at SPORT24, analyzes all the facts about the grand project of the Panathinaikos Stadium in Botanikos.

I saw him twice, once in the afternoon and again in the evening, when I had already “cleaned up” the work, Interview given on Wednesday (2/11) by the Mayor of Athens, Kostas Bakoyannis, with SPORT24 and Pantelis Vlachopoulos for his new stadium Panathinaiko in botany. And I sat down to watch it again, not to … run our site, but to see some small “details”. Expressions, mayor’s tone of voice, look, face…

It is very important, in the digital development of sports journalism and websites with purely sports content, to be able (also) to get a picture of such an important interview. Far from the “cooler” and uniform profile on camera at a press conference or presentation…

To focus more clearly on how the first citizen of Athens expressed himself about the largest urban intervention project, which has been planned for decades in the country (not only in the capital), which has been in the “refrigerator” for years and returned to the fore four years ago when conditions were provided Occasion.

So the impression created for me, having followed every development, every small or large part of the “Botanikos” case for 17 years – that is, since the day the mother of Kostas Bakoyannis (then Mayor of Athens) met in for the first time .. the project did not It seeks to reap political “glories”.

But he spoke with a willingness to share a vision that transcends himself, any factions and any faces. It is “leaning” above all to Panathinaikos and Athena herself. Because Panathinaikos is Athena and Athens is Panathinaikos! And that will never change, no matter what anyone believes or might support…

Even if there was 150 million “crazy money”

It was necessary to make a very large “circle” to put all the “boxes” in the right place and at the same time, to put the right “players” around this project. The conditions also obviously helped, because these events and what has happened in recent years have brought to light the Recovery Fund, which will (sub) financially support all renovation projects around the new stadium and amateur facilities.

Yes, Leoforos Stadium, the most historic in the country, was and always will be the “heart” of the Panathinaikos. This is where the entire organization originated, as the legend grew from 1922 onwards, where all the great athletes (champions) were “born.” It will always be – until sunset – one of the most important pieces in the history of Panathinaikos.

And it would be really dreamy, if the next “nest” of “clover” could be built there, with the corresponding facilities for the football field, for the amateur, for the whole club …

On the one hand, the feeling that is passed down from the generation of our ancestors, and on the other hand, the logic (cold, harsh, as everyone wants to call it) which “says” that the degree of difficulty of erecting such a “bundle” of sports facilities in the specified part of L. Alexandra, It will be huge. And the opportunities are almost non-existent.

On the one hand, due to the very limited space (no one will ever sign, for example, to demolish schools located behind Tsucha Street or move them to another place) and on the other hand, due to external interventions.

In the hypothetical scenario, there was even €150 million available (for a new stadium, amateur facilities, property confiscation, etc.) of “crazy money” (let’s say now…) and the entire Panathinaikos organization was moving in concert to start such a plan , appeals will go to the Supreme Court and legal interventions … the cloud.

Here in Botanikos, where there was space and there was a clear project that did not (and even improve) the living conditions of the city, and in order to overcome everything that was “banned” after 2007, 15 years had to pass. On the Avenue, this will never be resolved …

My personal opinion, I write again, because at the age of 44 I know where I live and what is happening in this country, and of course I respect and listen to every opposing opinion and argument …

This year “shows” the need for a new stadium

But at the end of the day, the bottom line is the same: Panathinaikos needs a new, modern stadium with around 40,000 seats so that the dynamics of the entire club and Panathinaikos organization can move in force again.

After all, we all understand what’s going on this year. With the Panathinaikos Championship years later and the team that the great Ivan Jovanovic has built in piecemeal and in absolute respect for football over the past 18 months, Levoros seems to be too “young” to contain the madness and dynamics of the “clover” world.

But it must be his headquarters, his base and his “castle” until the “next day” comes. Far from the frozen and inhospitable Olympic football stadium (all the love and warmth of Panathinaikos, after all, only nestled 2.5 decades ago in OAKA basketball), the club takes it to the next level.

The fact is that with the formation of the facts surrounding the “dual redevelopment”, with the project actually being protected and secured regardless of its legal and financial framework, the “day after” road leads you to botany.

Panathinaikos needs its new headquarters more than ever, in order to withstand the intense competition conditions created (new AEK stadium, Olympiakos steady income and momentum in “G. Karaiskakis”, Toumba af PAOK’s new plans) and to cover the ground lost in the past fifteen years .

And with the team now recovering, with a great coach on the bench – he could be out tomorrow morning… Prime Minister based on his popularity with 100% of Panathinaikos – this new stadium is a major demand, as the final stage towards a full ‘comeback’ for Panathinaikos at all levels. …