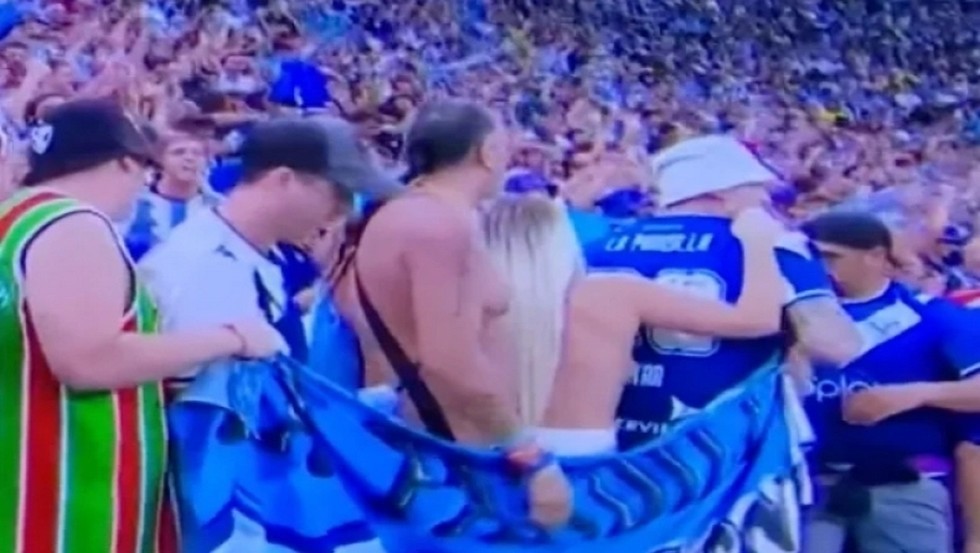 A fan who took off his clothes to celebrate Argentina’s victory over France during the World Cup final could face imprisonment in Qatar.

The crowd erupted into jubilation after Gonzalo Montiel’s penalty, which left a woman topless. The BBC mistakenly recorded the moment of celebration live and the footage has since been posted on Twitter.

Standing in the front row of Qatar’s Lusail Stadium, Argentina hid briefly behind their soccer banner, which slipped away in a rather unfortunate moment. Excited viewers immediately took to social media hoping that one of the billions watching the match could capture the moment.

Someone wrote: “I spotted her, so brave! They will arrest her there if she is not careful..”

Another wrote: “I hope he can get out of Qatar before he is arrested.”

However, FIFA’s instructions to fans who traveled to Qatar were clear. FIFA’s Code of Conduct for the World Cup in Qatar also warned spectators not to wear a shirt at matches.

Specifically, it stated that fans should not “remove clothing, remain naked or expose intimate parts of the body”.

So with the laws of Qatar, the young fan is at risk of imprisonment and the reckless move she made in the final.

See also  Pele: One of the most beautiful goals in football history