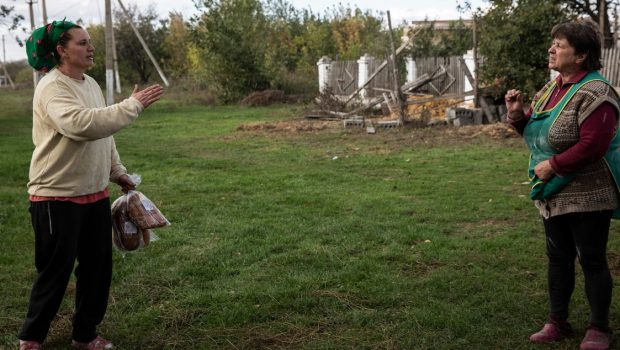 after a month from Ukrainian forces This picturesque village in southern Kherson has been liberated, and the once tight-knit community of Sevchenkivka remains divided over allegations that some residents collaborated with Russians.

Neighbors turned against each other, severing relationships that lasted for generations. Some, unable to bear the toxic atmosphere of the mutual accusations, fled the village – and many said they would never return.

Read also: Humiliating defeat for Putin or (or) a harbinger of tougher battles?

As the American newspaper points out, “Washington Post”Intelligence agents have raised questions about who did what, but so far no justice has been served to those who feel betrayed.

The “tide” of the war turned, as the Ukrainian army managed to drive out the Russian forces that had occupied many towns and villages since the beginning of March. But in some areas, the Russian withdrawal revealed atrocities, torture chambers, and mass graves.

In Shevchenkivka and many other cities liberated by Ukrainian forces, the occupation gave way to division, suspicion and restraint, and, unfortunately, freedom gave rise to thoughts of revenge.

On a sunny autumn morning in mid-October, a week after the occupying forces abandoned Shevchenkivka, the village’s 50 or so residents welcomed a Ukrainian military truck carrying bread.

But the occupation remained.

Olya Prodchenko, 45, offered to distribute food. He was going from house to house, past several deserted houses, until he came to a bright yellow and blue gate. There he met Halina Belenko.

However, the 62-year-old didn’t want bread — or anything to do with Olya.

Helena’s son was fighting on the front lines. In Sevchenkivka, Halyna had her enemies. Among them was the woman at her door who she suspected of working with the Russians.

“You’ve been turning left and right and saying you support ‘only Russia’,” cried Halina angrily as Olya walked away from her doorstep. 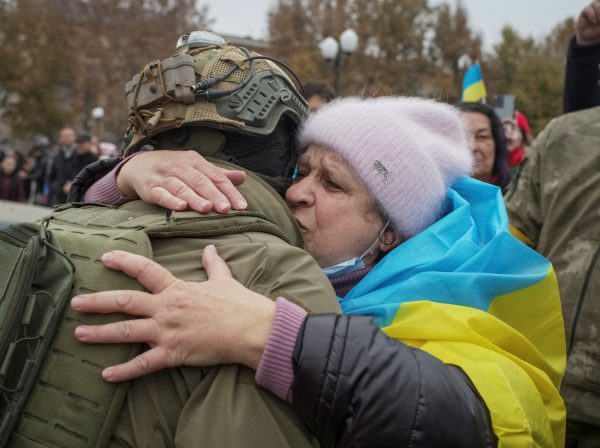 The paradox of war

The story of the village proves how close black and white are in war. While the neighboring villages suffered terribly from the Russian occupation, Shevchenkivka survived. This is because some residents made friends with Russian soldiers. And while Alia eventually admitted to accepting money and help from the conquerors, it turns out that many others did too.

With the front line moving away from places like Shevchenkivka, Ukrainian intelligence officers have moved into the area and are asking questions about who did what under Russian occupation. But Olya, whose husband was detained by Ukrainian officials for two days, said only God and her neighbors could judge.

“You should have been here to understand,” he said.

When the (Russian) invaders first arrived in mid-March, they marred the beauty of the place once and for all with colorful flowers, flowering walnut trees, goats and cows grazing in the meadows. In the nearby village of Khreshchenivka, Russian soldiers were accused of torturing Ukrainian prisoners. But in Shevchenkivka things were better.

Residents said the soldiers in Shevchenkivka are not Russian, but from the so-called Donetsk People’s Republic, one of two Russian-backed separatist regions in eastern Ukraine.

The troops weren’t happy with their presence. Some said they thought they would be sent to Crimea – illegally annexed by Russia in 2014 – to end up in Kherson. And they were not well prepared.

Shortly after they arrived, three soldiers approached Nadia, a 46-year-old woman, outside her home to ask if they could buy potatoes. Unsure of what awaited her, she replaced the potatoes with milk, eggs, and gasoline.

“We have already heard that the Russian Federal Security Service, the FSB, is here,” Nadia said. “So when soldiers came from Donetsk, we were relieved.”

Residents remember that the soldiers brought water every day. During the visits, Tetiana befriended a young man named Oleh, who she said was forced to join the army a few weeks ago. “He was a good boy,” said Tetiana. “He just wanted to get this over with and go home.”

However, the men were still part of the Russian “war machine” and began to pressure villagers to present identification cards in order to obtain water or food. At one point, the local leader suggested that Nadia apply for a Russian passport. Soon, many villagers began to say that in addition to the soldiers.

Before the war, the population did not engage in discussions about whether or not they “loved” Moscow. But within weeks of the invasion, a small group reportedly began to openly embrace the idea of ​​joining Russia. According to many residents, Svetlana Ivachenko and Olya were among those who made pro-Russian comments.

Svetlana denied the accusation, but admitted that she was nostalgic for the days of the Soviet Union, when Shevchenkivka was prosperous, sending grain and products to Moscow. 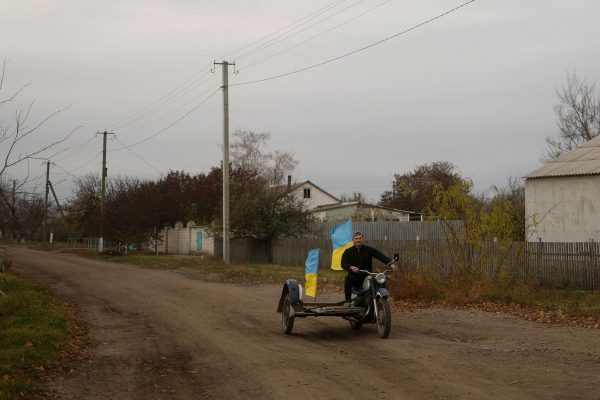 For several months, the villagers struggled to survive, but are also loyal to their country. Then, in the late summer, while Vladimir Putin announced that referendums would be held in the occupied territories of Ukraine, the people of Shevchenkivka were put to the test.

Titiana prayed for guidance. Like everyone else in the village, she was poor before the war and is even poorer now. But the offer was not suitable for her. He said: “God commanded me not to kiss her.” “It was friendly.”

Halina, her best friend, also refused the money. She wondered how she could face her soldier son again if she kissed them?

On the other hand, she did not hesitate to me. “Of course we got it,” Alia said. We were in an occupied territory. We had to survive.”

Other villagers waited to see what would happen to those before them. With no immediate repercussions, most of the people in Shevchenkivka took the money – including Nadia who was secretly helping the Ukrainian army.

Nadia said the soldiers recorded the passport details of each person who took the money. After a few weeks, the villagers understood why. Half a dozen soldiers went door to door in late September, asking people to vote to join Russia. Some were in civilian clothes, others were in uniform and were armed.

None of the residents said they voted for them – not even those who supposedly supported Russia. But many said they suspected the soldiers had registered as positive because they had accepted the money.

Today, the region is still divided into two “camps”. War instead of uniting their division. And the worst of it was that it was not the enemy who separated them, but the “enemy” who was born in their hearts out of suspicion.