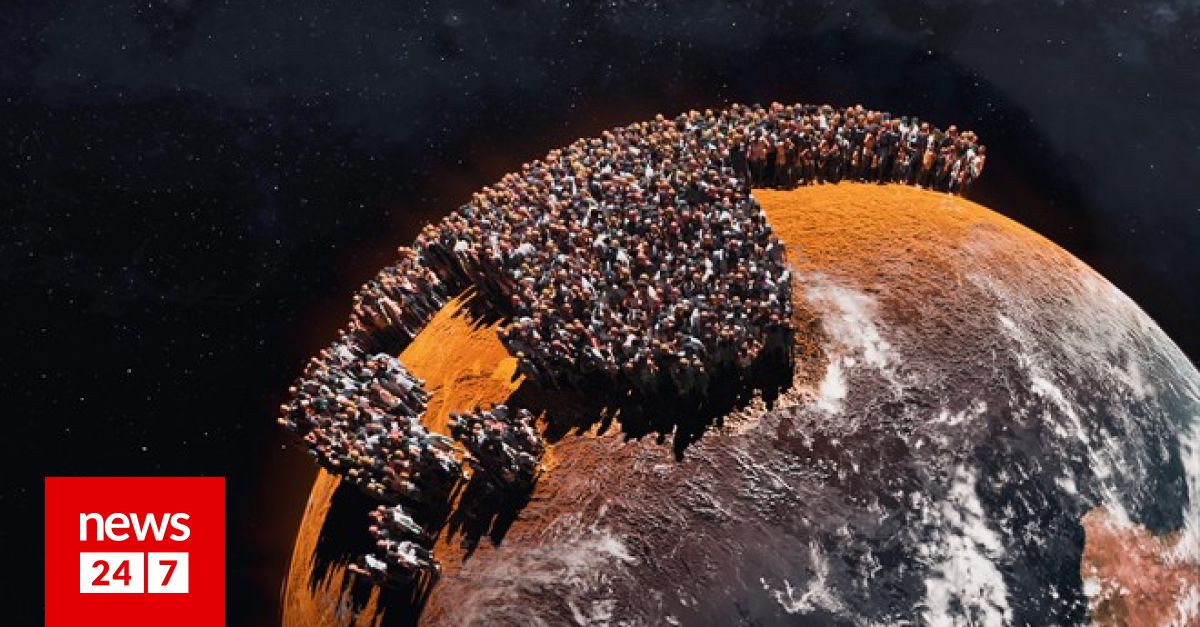 Today is a milestone for humanity as world population I reached them and passed them 8 billion peopleassuring them United Nations estimateswhat about November 15, 2022 Earth’s inhabitants will touch a specific number and will be born 8,000,000,000 people.

While the earth was preparing Less than a billion people by the nineteenth centuryIt only took 12 years for the population to grow from 7 billion to 8 billion.

world population Growing at the slowest rate since 1950having fallen to less than 1% in 2020.

The latest forecasts from the United Nations indicate that the world’s population It could rise to about 8.5 billion in 2030 and 9.7 billion in 2050. It is even expected to reach the maximum About 10.4 billion people by the 1980s It will remain at this level until 2100.

annual report World Population Prospects 2022 Reports also indicate that fertility has declined significantly in recent decades in many countries. Today, two-thirds of the world’s population lives in a country or region with lifetime fertility rates below 2.1 births per woman, the level required for zero long-term growth for a population with low mortality. The population of 61 countries or regions is expected to decline by 1 percent or more between 2022 and 2050, due to continued low fertility levels and, in some cases, increased immigration rates.

“This historic day is an opportunity to celebrate our diversity, recognize our common humanity, and admire the advances in health that have extended life expectancy and dramatically reduced maternal and child mortality,” the UN Secretary-General said. Antonio Guterres In his previous statement. “At the same time, it’s a reminder of our shared responsibility to take care of our planet and a moment to reflect on where we still fall short in our obligations to one another,” he said.

The most populous countries by 2050

It is estimated that more than half of the projected increase in the world’s population by 2050 will be concentrated in eight countries: Democratic Republic CongoThe EgyptThe EthiopiaThe IndiaThe NigeriaThe PakistanThe philippines And the United Republic of Tanzania.

Sub-Saharan Africa is expected to contribute more than half of the projected increase by 2050.

The fact that, according to United Nations estimates, is also surprising India is expected to overtake China As the world’s most populous country in 2023.

India is a country 1.4 billion people Which will become the most populous in the world in 2023, surpassing China, will experience a rapid rise in its urban population in the coming decades, at a time when major cities are already overcrowded and facing a shortage of basic infrastructure.

The 8 billion limit was exceeded at that time United Nations Climate Conference (COP27) in Sharm el-Sheikh, Egypt, where the impotence of the richer countries mainly responsible for global warming, and the poor, who mainly suffer from the effects of global warming, seek help to adapt, are again evident. To significantly reduce greenhouse gas emissions.

But, as the United Nations reminds us, “although demographic factors exacerbate the effects of economic growth on the environment,” “countries in which consumption of natural resources and emissions of greenhouse gases per capita are higher are generally those in which per capita incomes are higher and not those with rapid population growth.

“Our impact on the planet is determined more by our behavior than by our number,” explained Jennifer Scuba, a researcher at the Wilson Center.