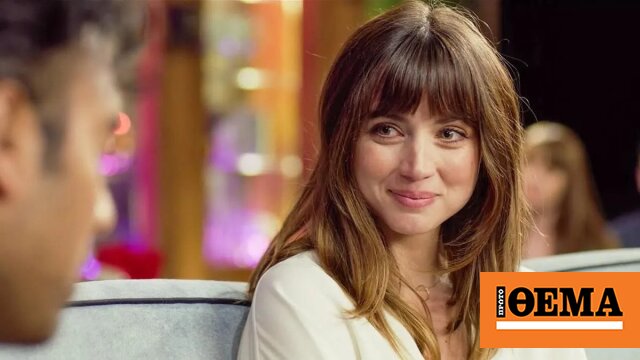 A trial could happen, is the court’s response to two American fans of the Cuban-Spanish actress Ana de Armas who sued Universal Studios, alleging they were cheated into renting the 2019 movie yesterday after seeing the actress in a promotional ad.

Connor Wolfe and Peter Michael Rosa claim they paid $3.99 each for “Yesterday” only to discover, to their dismay, that scenes with their favorite actress were removed from the final cut of the movie. So they decided to demand $5 million in damages for all the cheated viewers.

They were victims of misleading marketing, they said, as Universal Studios used Arma’s “fame, aura, and talent” to promote a film in which she did not star. They claimed they wouldn’t have paid to rent the movie had they known the actress wasn’t in it.

“Although the defendants included scenes with Ms. de Armas in the trailer yesterday to promote and drive sales and rentals of the film, Ms. Armas is not present in the film and never appeared in the publicly released version of the film,” the suit filed in California in January 2022. , states.

Now it’s known that film studio Universal may be sued for false advertising after fans complained that a trailer for the movie was misleading, US Judge Stephen Wilson has ruled, confirming that a trial is possible.

For its part, Universal Studios demanded that the lawsuit be dismissed, arguing that advertisements for films deserve broad protection and that freedom of expression and press rights are protected. the lawyers From the studio argued that The trailer is an “expressive artwork” that tells a three-minute story Which conveys the theme of the film and therefore should be considered “non-commercial” reason.

But judge I rejected this argumentruling that the trailer is commercial speech and is subject to California’s false advertising law and the state’s unfair competition law.

In his judgment, Wilson wrote: “It’s true that the trailers involved some creativity and editorial discretion, but that creativity does not outweigh the commercial nature of the trailer.” “A trailer is, in essence, an ad designed to sell a movie by giving consumers a preview of the movie.”

In a briefing on the matter, attorneys for Universal argued that it was not unusual for movie trailers to include clips that do not appear in the final film. yes, mentioned in Jurassic Park, Another Universal film, a trailer they said consisted entirely of footage not found in the film.

Universal also argued that labeling the trailers as “commercial rhetoric” could open the door to more lawsuits from disgruntled viewers, who could claim personally that the film falls short of the expectations created by the trailer.

Wilson attempted to “respond” to this concern, saying that the false advertising law only applies when “a significant portion of reasonable consumers can be misled”.

The judge stated that Court decision Limited to cases Where no actor or scene from the trailer appears in the final film. In the case of the “Yesterday” trailer, he said, it was reasonable for viewers to expect De Armas to have a major role in the film.

Knives Out star Ana de Armas was originally slated to appear as a love interest for the film’s protagonist, played by Himesh Patel.

His character, Patel, was to meet her on the set of James Corden’s talk show, where he serenades her with the Beatles’ “Something”. Some stills from these scenes are shown in the trailer.

Screenwriter Richard Curtis explained that de Armas was cut because audiences didn’t like the idea of ​​Patel’s character drifting away from his main love interest, played by Lily James.

Yesterday tells the story of a young man who wakes up after a bike accident to find that no one on earth seems to remember the Beatles. He then performs the songs himself, gaining fame and fortune but faces a moral dilemma when he is recognized as a composer.

A ‘bomb whirlwind’ in the US: death toll reaches 28 – ‘we’re still halfway there’

Romania: “It all happened in a second, it was like a train fell on us,” says the bus driver

Qatargate – La Repubblica: The Belgians want to lift the immunity of three other members of the European Parliament

See also  "I feel like I slept with Katrina Stannis"