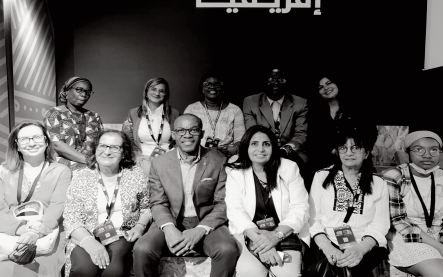 On the occasion of the 27th edition of the International Publishing and Book Fair, which takes place in Rabat from 2 to 12 June, the preparatory committee for the establishment of the Association of African Women Writers met on Saturday 4 June at the Africa Pavilion at SIEL, in the presence of Badia Radi, President of the Association of Moroccan Women Writers and members of the Executive Council of the department mentioned and some representatives of Senegal, Gabon, Burkina Faso, Benin, Madagascar, Mauritania, Libya and Egypt, according to a press release sent to Libya.

The same source indicates that during this meeting, the discussion centered on the project to establish the Association of African Women Writers, as well as on the various mechanisms capable of integrating all African countries with the aim of uniting cultural and intellectual voices at the level. of the African continent, as well as to promote cultural diversity, linguistic and ethnic pluralism, which constitute an important intangible wealth in Africa.

The participants in the aforementioned meeting also stressed the need to respond to the urgent and growing needs of the African writer, and also discussed the establishment of local tournaments in all African countries, which will be a real bridge of partnership, solidarity and cooperation between the countries of the South. .

The Preparatory Committee also discussed the possibility of holding the founding conference during the next cultural season, with the aim of attracting famous African women writers to participate in this ambitious cultural project.