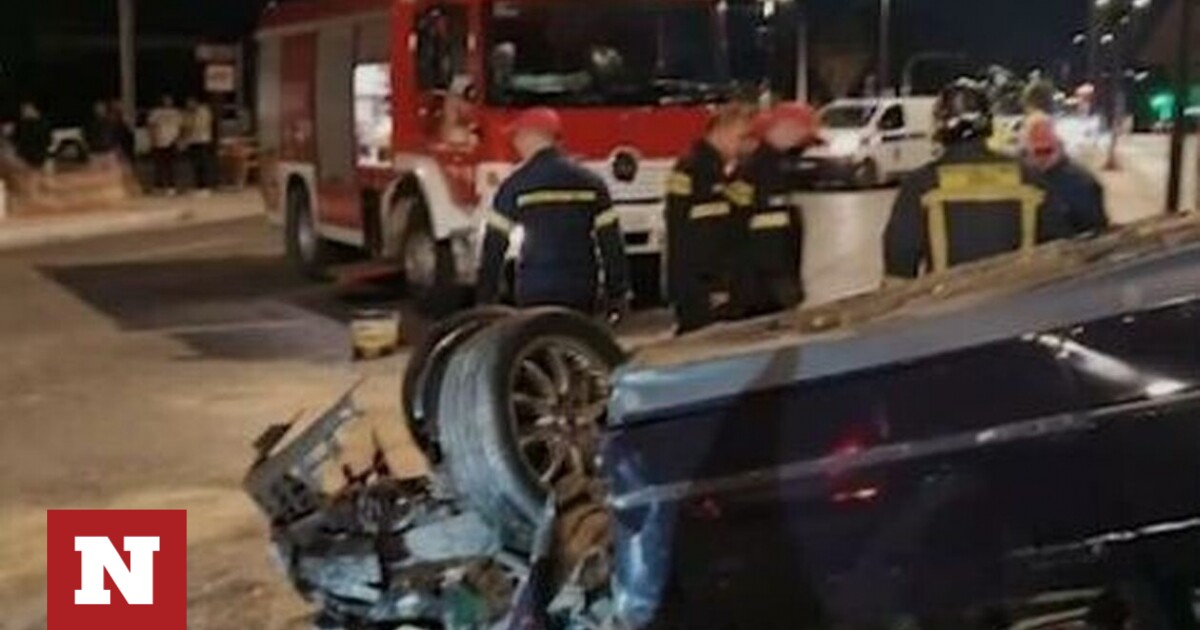 A 40-year-old man hit an elderly man driving behind him VouliagmeniDescribes the shocking moments from the accident.

Sparalia became a 40-year-old man’s car. After a collision With an elderly person’s vehicle 1.5 km upstream on Vouliagmeny Avenue, Wednesday just after 11 p.m.

“I was there Vouliagmenis Avenue Heading towards Varkiza and after the meeting with Prijipos Petrou, a car appeared in front of me driven by the other driver in the opposite direction. I tried my best to avoid him, but it was impossible, and from the collision that found me, I fainted, and I fell backwards on the trunk. The 40-year-old driver spoke to MEGA.

How did the accident happen?

The 40-year-old was on his way to Varghisa’s home after work and school.

Suddenly, he saw a car driven by an 80-year-old man coming towards him.

“I was on the left, there was someone else on the right of the middle, and suddenly we saw the lights and the worst happened. I tried to save my head in fear, I held the steering wheel tight, I put my head between my hands, at least my head was saved”.

According to information, the old man with his wife entered Vouliagmenis Avenue from Kalymnos Street and continued his journey in the opposite direction as if nothing had happened.

A 40-year-old man was hit by a vehicle Inevitable.

“The most important thing is that because there were pillars and trees on the island, I didn’t go to the other side, because you can imagine what people coming from there would feel, the same shock if they saw. A car comes out of nowhere and falls from there.”.

The vehicle, which was normally on its course, broke down on the island like an almost shapeless mass.

By this the 40 year old man Able to come out alone.

“Then the car was upside down and I could not get out, but because the petrol was dripping, I broke the driver’s window and got out, fearing that it might catch fire. The doors didn’t open and the car crashed into the sky.”.

Voula: 80-year-old man in opposite direction in Vouliagmenis – he collided with a vehicle

Road accident in Chalkida: Lorry crashes into entrance of gymnasium

Transport: Transport in Attiki Odos – Patience and “queues” in Kifisos