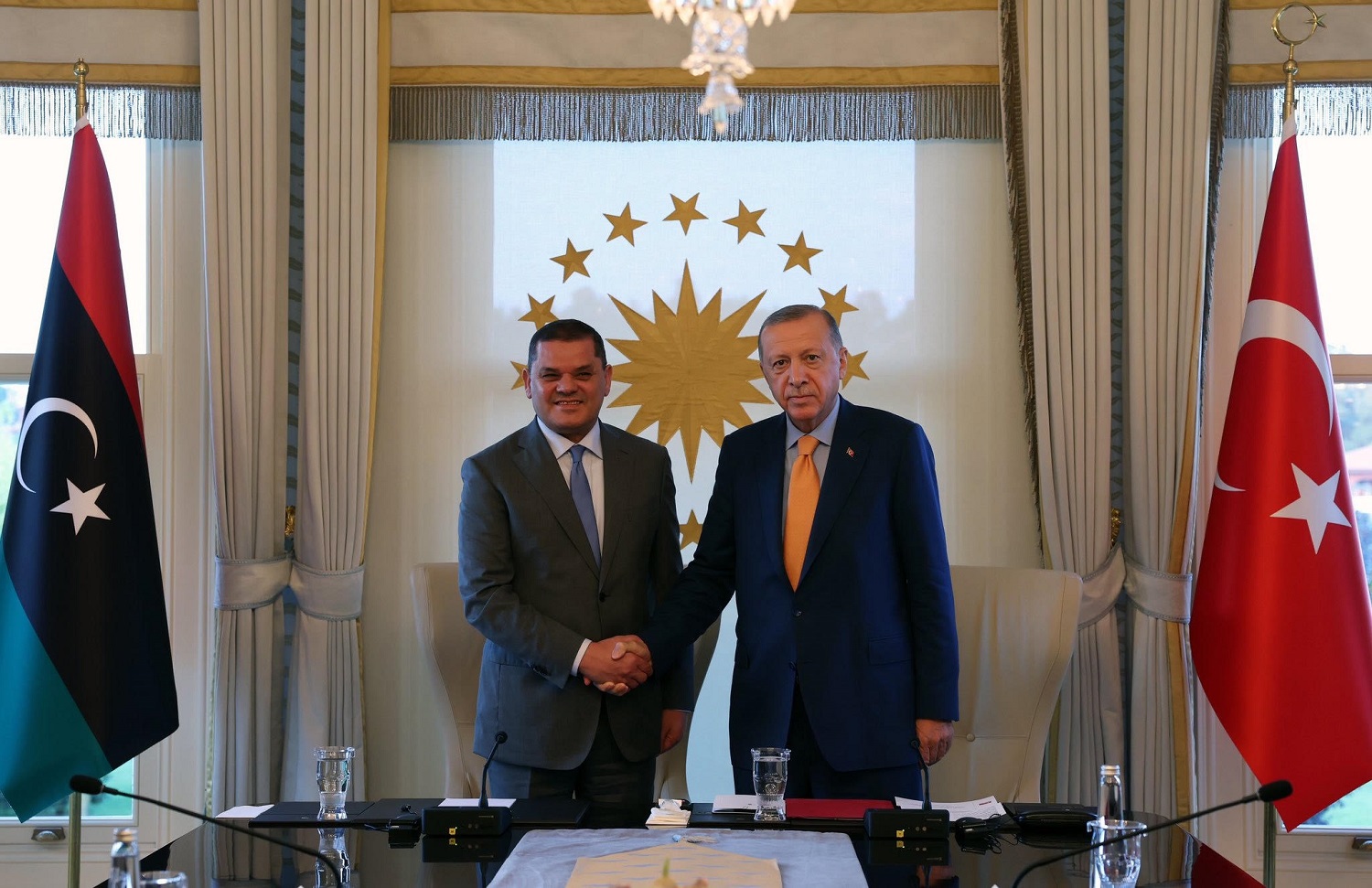 The episode, which was caused by the Minister of Foreign Affairs of the Tripoli government, N. Mangous, exposed a deep rift in the relations of the part of the Libyan political system directly dependent on Ankara with Greece. , but at the same time it highlighted the “internal divisions” in Libya, in which Greece could invest, at least to avoid new hope.

Not only are the divisions limited to eastern Libya’s apparent split with the Dibaba government and Mangoose’s rejection of the head of the Presidential Council, Al Menfi, but also the softer tone of Al Goni, another member of the three-member Presidential Council. Mr. Menfi spoke of prioritizing rapprochement with Greece and avoiding misunderstandings that could lead to escalation.

As for Athens, in the difficult terrain of Libya, there are not many options, because the Dibaba government, which is trying in every way to delay the elections in the country, to keep it alive, as a maintenance government and the possibility of victory is rejected from its opponents in the elections, will succumb to the pressure of Turkey, which expects developments and wants to impose new confidence in the region. This method was done on the ground with initial research work in areas claimed by Libya based on the Turkish-Libyan Memorandum.

After the overthrow of Gaddafi, Athens had to deal with an unusual situation in its southern neighbor, for obvious reasons, targeted by Turkey, which soon managed to gain a strong influence in Tripoli mainly by investing in financial deals. Military support for factions vying for control of the country and its vast mineral wealth.

Thus engaged in Libya’s internal competition, Turkey was able to take full control of the al-Sarraj governments in 2019, after which the Dibaiba interim government was restored, first from the Haftar attack on Tripoli and from the second attempt. The Prime Minister, F. Basaka, addressed the Parliament.

All this in a country deeply divided on the brink of secession, eastern Libya almost self-governed by General Haftar and parliament speaker Akhila Saleh, who are staunch opponents of Turkey’s military presence and influence because it supports their internal rivals.

In this context, Athens has to face the most serious action that Turkey has tried against our country, known as the Turkey-Libya Memorandum. Unfortunately, given Turkey’s influence, Libya’s lack of a representative and democratically legitimate government creates more serious problems.

It is obvious that Athens has little support inside Libya, certainly not the “tools” at Turkey’s disposal, such as the pool of funds it uses in the country, but military aid and modern supplies. Equipment for residents of Tripoli.

With the Dbeiba government, which illegally signed the last agreement with Turkey, which was official in nature from its establishment and did not have the right to bind the country to the results, the scope for consultation and cooperation was very small. By another visit of K. Mitsotakis to Tripoli in April 2021.

N. Tendias pursued the delegitimization of this government by severing ties with its members in full consultation with Cairo. For this reason, moreover, the Greek ambassador N. Kotrokois never presented his credentials before he was finally recalled to Athens.

Mr. Tendias, in consultation with the Libyan Presidential Council, avoided contact with members of the Dimiba government, Ms. Mongoose signed the last treaty with Turkey. (Even if N. Dentias had handled it differently, ignoring Mrs. Mongoose at the airport and continuing her show in Tripoli, not much would have changed).

For Greece, it is important to have Egypt on its side in any attempt to implement what Turkey has done, although it is difficult to predict the reaction of the Egyptians if Turkey, along with the Dbeiba government, tries to take action in outlying areas. The Greek-Egyptian agreement, within the defined EEZ, assumes that the Egyptian reaction will be substantial rather than merely rhetorical.

Of course, the messages Athens is sending must also be clarified, Foreign Minister N. Dentias said that he does not recognize the Dipapa government and that talks on demarcation can only take place with an elected government, a few days ago K. Mitsotakis contacted US Secretary of State A. Blinken and demanded an end to US influence over the Tripoli government in order to resume discussions on the delimitation of maritime zones.

It is very important to move forward with the process of reaching an agreement to hold elections, which will be the first step towards normalizing the situation and the emergence of a single legal government, after almost 12 years of repeated attempts and very difficult talks between Greece and Libya on the delimitation of maritime zones.

Not to be overlooked, the US is also starting to lose patience with its reluctance to hold elections, and Richard Norland, the US special envoy to Libya and ambassador to the country, said yesterday that the US would “reassess relations with factors and institutions”. to delay and obstruct the process for political solutions”. A statement with clear barbs to the Dbeiba government as well.

Actions from Athens must be taken to fill a months-long critical gap in Greece’s diplomatic representation in Tripoli. For several weeks, Greece’s chargé d’affaires in Tripoli was taken over by Tina Panetti, press counselor at the Greek embassy.

According to reports, the Foreign Ministry is considering the possibility of not sending an envoy to Tripoli. , as Charge d’Affaires of the Embassy.