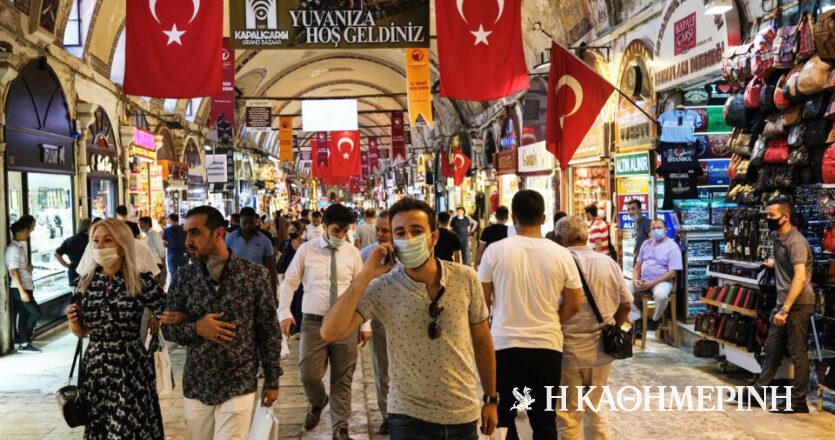 The Bank of Turkey through a series of regulations forces Turkish banks to buy Turkish debt to facilitate government borrowing, reduce the country’s borrowing costs and support its currency. Meanwhile, inflation in Turkey reportedly reached 83% in September, while the Turkish lira has lost nearly 50% of its value against the dollar over the past year. [EPA]

The Turkish banksAnd the Usually a strong pillar of the Turkish economy, at risk from its large forced exposure to Turkish debt, as a result of unconventional policy Erdogan. In a meeting they had on Monday with Finance Minister Noureddine Nabati, the heads of major Turkish banks sounded the alarm about the effects of government policy on the banking sector. They have protested the rules compelling them to hold large amounts of Turkish government bonds and an unusual criticism of this policy Erdogan They warned that the accumulation of Turkish debt on their balance sheets posed long-term risks to the banking system.

It is a series of new rules and regulations imposed by Turkey Bank During the year, Turkish banks will have to force them to buy Turkish debt to facilitate government borrowing, reduce the country’s borrowing costs, and support its currency. The most recent of these rules were imposed only last week and require banks to have less than 50% of their deposits Turkish lira 7% increase in their positions in Turkish bonds. This rule somehow created an artificial demand for Turkish government bonds worth 88 billion Turkish liras, which is equivalent to 4.73 billion dollars, and this amount is likely to be twice that for Turkish banks that have 50% to 60% of their deposits in Turkish lira.

The heads of major Turkish banks protested the new rules that force them to hold large amounts of Turkish government bonds.

Other rules oblige banks to hold Turkish debt as collateral. Forced purchases of Turkish debt have reduced Turkey’s 10-year government bond yields by 1,550 basis points to 10.5%, from a record high of 26% this year. In short, they have reduced the cost of government borrowing, which in next year’s budget is expected to reach $4.47 trillion. Turkish lira, an amount equivalent to 240 billion dollars. All of these rules are part of the Erdogan government’s overall strategy to keep borrowing costs low for businesses and families in order to ensure the Turkish president’s popularity, especially now that the country is entering the election season. And of course discouraging foreign currency holdings and converting family and business savings into foreign currency, to reduce the inevitable and continuing slide of the Turkish currency. After Monday’s meeting, which was also attended by officials from the banking regulator, the Finance Ministry said the participants discussed issues surrounding financial institutions’ compliance with official policy and their contribution to the economy. A relevant Reuters report quoted a source close to the meeting and related conversations who preferred to remain anonymous, under which the bank’s senior executives protested for the first time. Two other sources, also anonymous, expressed concerns about the long-term “systemic risks” posed by this policy. An illustrative example is one of the largest Turkish banks, Akbank, which announced a net profit for the third quarter of 17.07 billion Turkish liras compared to 3.2 billion Turkish liras in the corresponding period last year. But given the excessive amount of debt on its balance sheets, the bank believes it is in great danger if the central bank changes course and starts raising interest rates, similar to major central banks around the world.

However, at the moment, the Bank of Turkey has not shown such actions, since after successive rate cuts since July, it has cut interest rates by a total of 350 basis points and limited them to 10.5%. By all estimates, Governor Sahap Kavtsioglu is expected to announce a new rate cut next month and limit the cost of borrowing to a single digit ratio. And that’s while we hope Turkey’s inflation will reach 83% in September and even with official figures that independent economists often dispute. After all, Mr. Kavtsioglou yesterday released the central bank’s estimate that inflation will reach 65.2% for the whole year. As for the Turkish lira, it has lost nearly 50% of its value against the dollar over the past year. Erdogan’s stated policy is now a kind of “Sinization” of the Turkish economy by weakening the currency, which will make Turkish exports more attractive, but the price will rise significantly in inflation rates and a significant decrease in the standard of living of Turks.