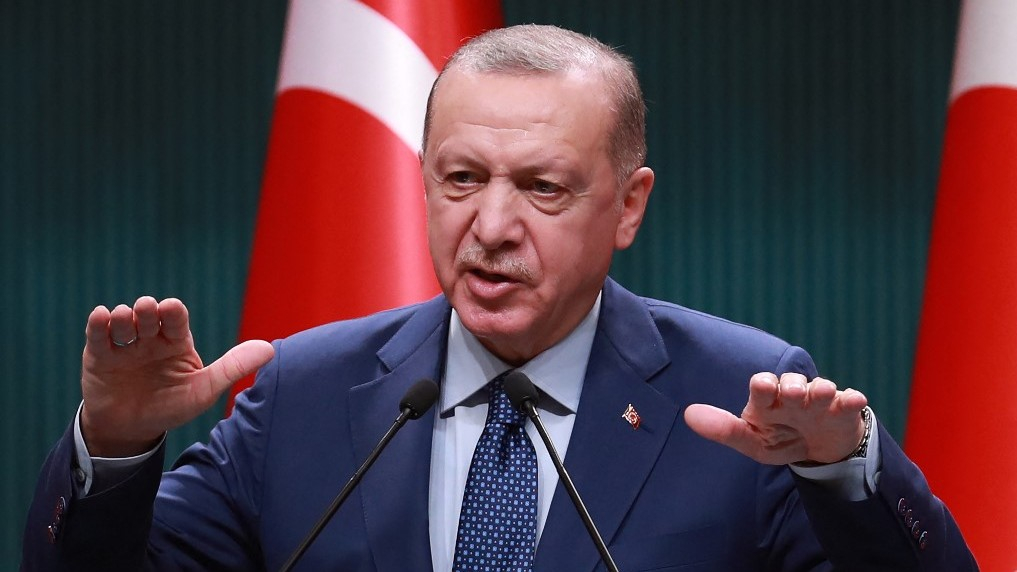 Turkish President Recep Tayyip Erdogan holds a press conference after a cabinet meeting at the Presidential Complex in Ankara on March 29, 2021.

Turkish President, Recep Tayyip Erdogan, said Monday evening, May 16, 2022, that Turkey “will not give in” to the accession of Sweden and Finland to NATO after the two countries formalized their candidacies.

“How can we trust them? Sweden is a breeding ground for terrorist organizations (…). We will not concede NATO membership to those who apply sanctions to Turkey 3, attacked the head of state, again accusing the two northern countries of leniency with the Kurdish rebels of the Kurdistan Workers’ Party (PKK). Kurdistan), which Turkey previously considered a terrorist organization.

Turkey accuses Sweden and Finland in particular of not agreeing to its requests to extradite people it accuses of belonging to “terrorist organizations,” it said on Monday. Turkish state-run Anadolu Agency.

None of the 33 extradition requests sent by Ankara received a positive response from Stockholm or Helsinki in the past five years, the Justice Ministry quoted Anadolu Agency as saying.

Referring to the upcoming visit of a Swedish diplomatic delegation to Turkey “to find out how the problem can be solved,” according to the Swedish Defense Minister, President Erdogan warned: “They will come to convince us? Let them not get tired!”.

Since Friday, the Turkish president has threatened to block the two northern countries’ accession to NATO, accusing them of acting as “a haven for PKK terrorists”. However, any expansion is subject to the unanimous approval of the alliance members.

Turkey also accuses Sweden of suspending all arms sales to it since 2019, in retaliation for the Turkish operation in northern Syria.

Turkish Foreign Minister Mevlut Cavusoglu was conciliatory with Finland on Sunday, but criticized Sweden for making “provocative” comments during discussions in Berlin with its NATO counterparts.

He is scheduled to travel to the United States on Tuesday to meet with US Secretary of State Anthony Blinken on Wednesday.

After Finland on Sunday, Sweden formalized its candidacy on Monday.