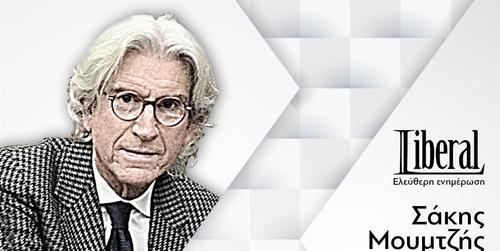 Yesterday, Cavusoglu’s threats that Turkey would not allow Greece to extend its territorial waters even by one mile leave no room for doubt that the reason for the war exists and is a constant element in the Turkish elites. It was a warning shot of Greece’s intention to expand its territorial waters south of Crete. On the other hand, when you know your opponent’s reaction, you plan your moves. Greece knows and will decide accordingly.

What is clear from the above statement is that Turkey as a whole, regardless of who rules, wants our homeland with limited sovereignty in the Aegean Sea. This is an established policy and Cavusoglu’s statement yesterday only confirms it. The expansion of our territorial waters south of Crete does not impede navigation in any way and does not affect Turkish interests in the Aegean Sea at all.

This statement is just another show of force by Turkey and part of the so-called hybrid war it is waging against our homeland.

It is known that the first half of 2023 will be particularly crucial for peace in the Aegean region. It is also a fact that during this time the pre-election periods will coincide in both Greece and Turkey, which will add to the already tense climate.

The problem for our country is that it may enter a prolonged period of political instability, even if the second election does not lead to a self-sufficient government. In any case, political instability will be a given because self-reliance to achieve it will be limited.

See also  Alliance of Francophone Employers: Election of Chakib Alj as Secretary General and Member of the Executive Council

The crime against Greece was committed in 2016 when the law of simple proportionality was passed. Then the left once again put its partisan interest above the national interest. And at this point, let me mention the courageous stand of the late Fofi Jinimata as she refused to vote for the relevant bill, thus removing the effect of the Simple Proportionality Act immediately, from the 2019 elections.

Let me remind you that on July 3, 2016, he stated: “We do not vote for piecemeal regulations, we do not support tactics,” while accusing SYRIZA of wanting to make the “Golden Dawn” orderly in changing the electoral law. Let’s forget.

Consider, in 2019, a coalition government trying to deal with the euro crisis, the pandemic, the weapons programs and the war in Ukraine. So, let us light a candle in memory of Fofi Gennimata solely for her responsible attitude that saved Greece from national misadventures.

Unfortunately, the problem is simply postponed, not resolved. Today, we find it in front of us in a particularly tense international environment and with Greek-Turkish relations at rock bottom. The only national position responsible for Syriza would be if it agreed to an immediate change to the electoral law, in order to prevent the tragic possibility of prolonged political instability, which Turkey might exploit.

He won’t, because: “a great disturbance, a wonderful situation.”