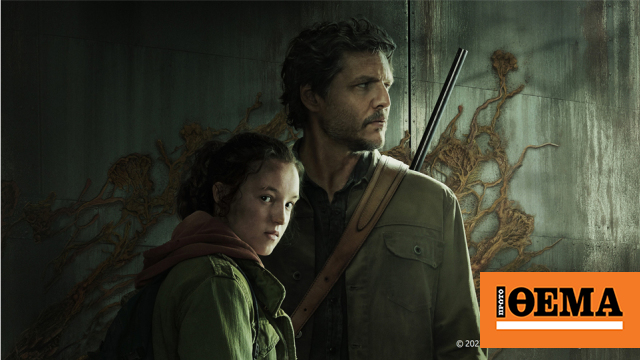 Sponsored Content “The Last of Us” One of Naughty Dog’s most successful video games is coming to the small screen, and fans are excited and impatient. The long-awaited HBO series will be available exclusively in Greece on Vodafone TV An unparalleled journey awaits us!

Indeed, from the trailer footage, we enter the atmosphere of the series and learn about the many representations of the scene from the popular game that won dozens of awards and was one of the best-selling PlayStation 3 games.

In a post-apocalyptic world where a deadly virus, Cordyceps, has turned most of the population into a kind of zombie, 14-year-olds Joel (Pedro Pascal) and Ellie (Bella Ramsey) will try to survive. While the virus alters the structure of people’s brains and turns them into zombies, this does not happen to Ellie who, despite contact with it, has not experienced anything. It is believed that she has something in her genetic makeup that may be the key to a cure. Joel takes it upon himself to get Ellie out of the quarantine zone and into the Fireflies. They are alone against all! The game’s creator Neil Druckmann and Craig Mazin wrote (Chernobyl) and produced what is rumored to be Mythic Dimensions.

Available exclusively on Vodafone TV from 16/01

information
Tο Vodafone TV It is the only pay TV service in Greece with access to Disney+ and HBO exclusive content in one place.

The packages available for the service can offer a unique entertainment experience with over 10,000 hours of on-demand content, 45+ world-famous channels with classic and new shows, the best catalog of kids’ shows and channels for all ages, exclusive content and all major premieres on HBO and Disney. +, 2 renewals per month!

See also  GTA 6: The hacker responsible for the leak has been arrested in the UK