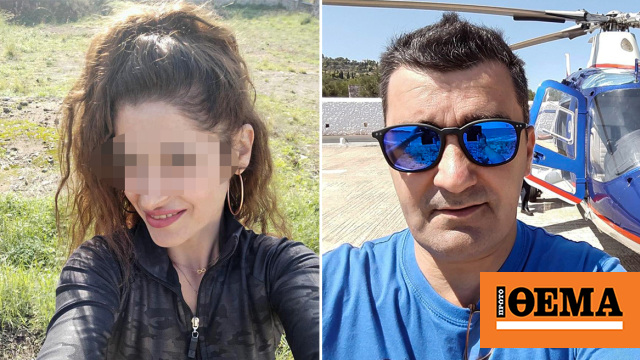 He was given a deadline to apologize on Thursday morning A 47-year-old woman has admitted to police her role in the death of a 50-year-old insured In Muscat Monday night.

Accused, mother of three children and accused ManslaughterHe had given money to a 50-year-old man for investment (S.S. The amount of information is 200,000 euros), however, could not return them to her when she asked him for them.

According to reports criminal And Affected It seems that they were taken to Kallidaikkadu police station last Saturday due to a money dispute between them. The 47-year-old allegedly gave the victim thousands of euros to invest in petroleum products. According to the same information, the woman had left the flower shop where she worked and asked the victim to return the initial capital she had invested. 50 years old Citing temporary hardship, he offered to make her a partner in a car rental company. The woman agreed, and as a result she invested thousands of euros more with a relative, money she never got back.

A 50-year-old accountant-insurer and investorAs he described himself, he had to pay several people who appeared to be investors in addition to the insurance services he provided.

In fact, as an excuse for the money he could not pay, he presented that it was taken by his ex-wife, who apparently took the money from their joint accounts and moved to Albania.

From the first moment she was arrested The 47-year-old is accompanied by his mother and children. The accused’s mother shouted outside the court in Evelpitden that her daughter was innocent and a victim of a 50-year-old man who “ate” her money. At the same time, the mother of the accused said that her daughter had known him for many years and that he had extorted a lot of money from her, constantly crying that her daughter was “in the wrong place at the wrong time”. , tries to justify her child.

A history of crime in Moscato

He is 50 years old He was found hanged in his apartment in Moschato on Monday night He is the father of two daughters. He was accompanied at the time by a 47-year-old woman who admitted to taking part in the man’s death on Tuesday morning.

An investigation into a hanged 50-year-old man and the circumstances surrounding his death is in full swing, with police trying to put the pieces of the “puzzle” together after the 47-year-old’s confession. He was there when the police knocked on the door of his apartment building on Gramo Street.

The woman reportedly told officers that the 50-year-old owed her money. At the fatal encounter, the 47-year-old told police he became desperate because he couldn’t give her money.

He then replied “suicide” and the man climbed into the chair and put the belt he was hanging from around his neck and the woman pulled the chair away from him, resulting in the 50-year-old hanging himself. She reportedly said in her testimony: “I helped him, I pushed his chair” and when she saw the man hanging, she didn’t know what to do until the police showed up.

A few minutes, in fact, before meeting the victim, the 47-year-old was recorded by a closed-circuit camera, where he hurriedly walked, looking for the exact location of his house. As seen in the video, a store clerk approaches and talks to protothema.gr, he reportedly asked him if he knew the victim’s address: “He asked me where the address was… Get the police, I’m going to kill him.”


Specifically, as the employee recounted, “On Monday around 5 p.m., a medium-height, dark-haired, curly-haired woman approached and asked if I knew a man (victim’s name).” “I told her, 45 grams is a block down… As she was leaving, she yelled at me, ‘Call the police, I’m going to kill the [email protected]@@,'” he said, adding that the 47-year-old woman “ran into the apartment building. She was walking around, looking for a victim”.

What is being investigated by ELAS is that on the one hand, the 47-year-old woman said that she had financial disputes and what kind of disputes they had with the victim, on the other hand, if there was a third person in the apartment in Moschato.