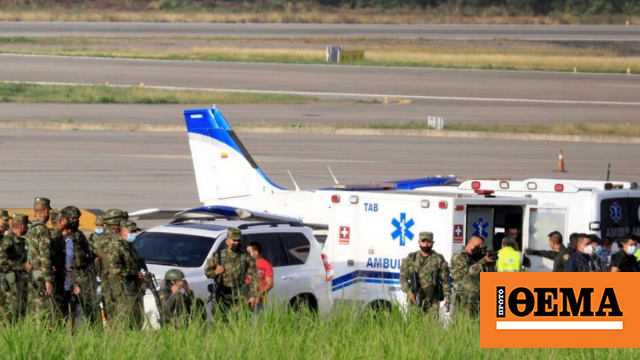 Two young men believed to be from the Dominican Republic were found dead inside the landing gear of an Avianca plane during maintenance at Bogota airport, the company and prosecutors said. Colombia.

The plane was flying from Santiago, Chile. When they landed at El Dorado Airport in Bogota late Friday night, airline staff found the two surreptitiously dead.

Avianca expressed its condolences to the families of the two young men, adding that while it inspects its planes before each flight, airport security is the responsibility of the local authorities.

The ages of the victims ranged from 15 to 20 years. No passports or identity cards were found on them, but one of them had coins from the Dominican Republic and in a bag in his possession were documents from that country. This fact indicates that they may have been on the plane since January 3, as that was the last time the particular plane traveled to the Dominican Republic.

The plane underwent routine maintenance on December 27, after which it headed to Bogota, Guarulhos (near Sao Paulo, Brazil) and Santiago. The two bodies were frozen and one of them had burns.

Lesvos: “We hear the earth groaning without moving,” residents say

Veria: New video of the 29-year-old’s movements after she threw the baby into the Alikmunas Dam

See also  Germany: It did not learn from Russia's mistake - against all of Europe regarding China