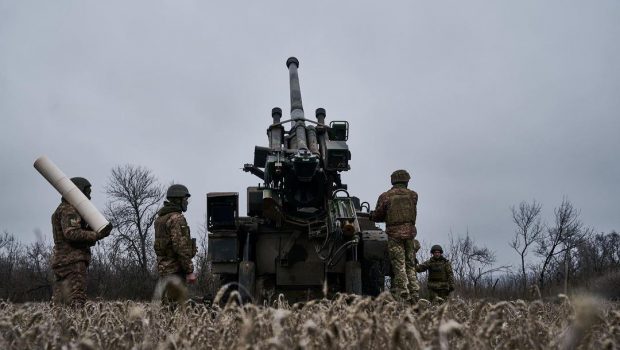 The General Staff of its Armed Forces Ukrainian (AFU) announced that 80 Russian soldiers Between one dead and one wounded by a missile attack on the town of Tokmak in its region Zaporizhia The night of the third of January. This was stated in today’s report of the Ukrainian Ministry of Defense.

What is Russia’s position?

On January 3, the spokesman for the occupation “authorities” in Zaporizhia, Vladimir Rogov, said that the Ukrainian Armed Forces had bombed a hospital in the town of Tokmak. On the same day, a hospital official told TASS news agency that “no patient or staff” was injured in the attack.

And the Russian Ministry of Defense announced that the patients and the commander of the military brigade, Alexander Sikayev, were killed as a result of the strike. The Russian Defense Ministry did not specify the number of casualties.

The Tass news agency has published photographs that it says show the aftermath of a strike on a hospital in Tokmak.

This was preceded by the attack on Makevka

On New Year’s Eve, Ukraine “hit” at Makeivka in Donetsk, where the Department of Strategic Communications of the country’s Armed Forces spoke of 400 killed and 300 wounded.

The Russian Defense Ministry, for its part, announced that the death toll had reached 89.

A Russian recruit found in Makievka contacted media outlet Viorstka through their Telegram channel, claiming to have been involved in clearing the rubble of the building where the recruits are.

On condition of anonymity (his identity was confirmed by Viorstka management) he stated that he had seen with his own eyes about 200 dead.

“I and other recruits were helping to clear the rubble. Almost 200 people were killed for sure, the number of wounded was about 150. The situation there is terrifying. I myself somehow tried to get out of this hell, it became stifling, and after that it became even more terrible ( To be there). Not just for me. We didn’t understand what we were fighting for. What the hell is going on here. Nobody wants us here.”

According to the military, the administration is preventing them from saying what happened in Makevka. “So far they are only saying the words, I don’t know what will happen next.” Similar statements about the prohibition not to say anything about what happened at Makiivka were made in their communication with Viorstka by other soldiers’ relatives.