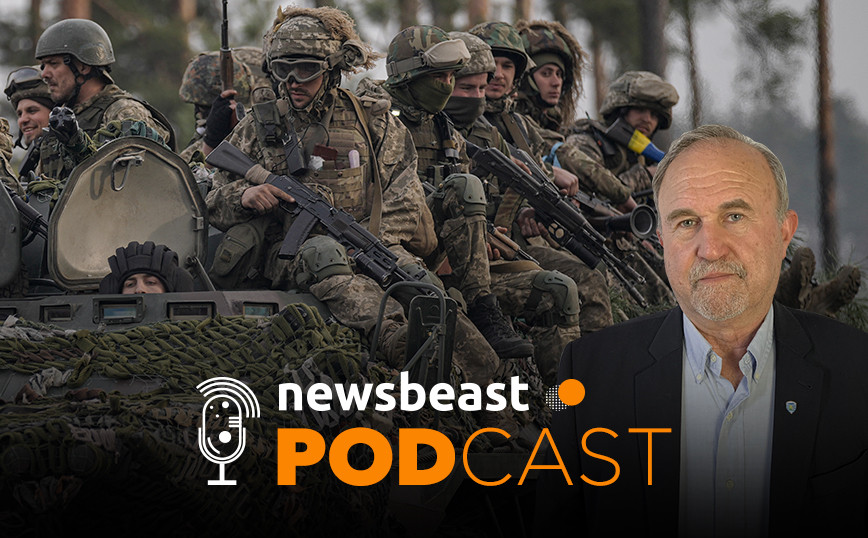 We have been living through a long period of redistribution of power. The War in Ukraine It’s not a simple matter, because the Ukrainians are strongly opposed, not only because of the help you give them, but because what happens in the east of Europe affects all the great powers of the planet.

“Ukraine is a catalyst for undesirable developments globally”Notes Ioannis Baltzois. Retired Lt. Gen. and its Chairman We are coming Was a guest in his studio Newsbeast. “We are vigilant. To be concerned. Also concerned with the use of tactical nuclear weapons. I cannot understand how strategic nuclear weapons can be used. There we go to Armageddon. in total destruction”says that Internet.

“There is fear. There are fears that this war could turn into World War III.”. That’s the veteran military man’s answer to whether we’re close to or far from a general conflict.

Based on responses from the war zone, many mercenaries have stepped into the territories of Ukraine. What is their role? “Mercenaries play an important role. Especially expensive mercenaries. British, Americans. The mercenaries are said to come from 70 to 80 countries“, emphasizes the head of the Hellenic Institute of Strategic Studies. “These are truly war dogs. They have considerable experience from many wars. It is a professional army, capable of attacking the enemy. And the Russians have mercenaries. In this war we see many mercenaries clash for the first time and take on very important missions. That is why they are paid more».

What is China’s strategy this time? “Eurasian forces have amassed. In essence, the West has pushed Russia into China’s arms, despite their problems. China continues to advance. It moves in a careful frame»Mr. Baldzoi adds. “Chinese President Xi Jinping has made some statements that we should pay attention to. ““We have to prepare for the most important moment in the country’s history,” he said. “All this should make us think.”.

Listen to an interesting analysis by Ioannis Baltzoi, president of ELISM, on the Newsbeast podcast

1:07 After months of hostilities in Ukraine, now eight years on, is there a scripted answer to why the Russians haven’t “cleaned up” the war?

5:21 Military units that defined Ukrainian resistance to the Russians and the role of mercenaries.

26:10 With what strategy does China deal with global developments?

33:40 How much will the world change after this war?

Ioannis Valinakis: “Erdogan wants to deal a decisive blow to Hellenism – Greece is his strongest enemy”

Christos Argyriou: “A new era is coming in Turkey: maybe neighborhoods will burn and there will be great unrest”

Ioannis Egolfopoulos: “First we will burn you, then we will listen – Erdogan knows what will happen if they go to the Greek island”

Georgios Filis: “The Turks should know that we will react in a way that they will remember it after three generations”

Panagiotis Theodorakidis: “I see Greece being forced to make concessions – demilitarization of the Aegean islands is not Erdogan’s demand”