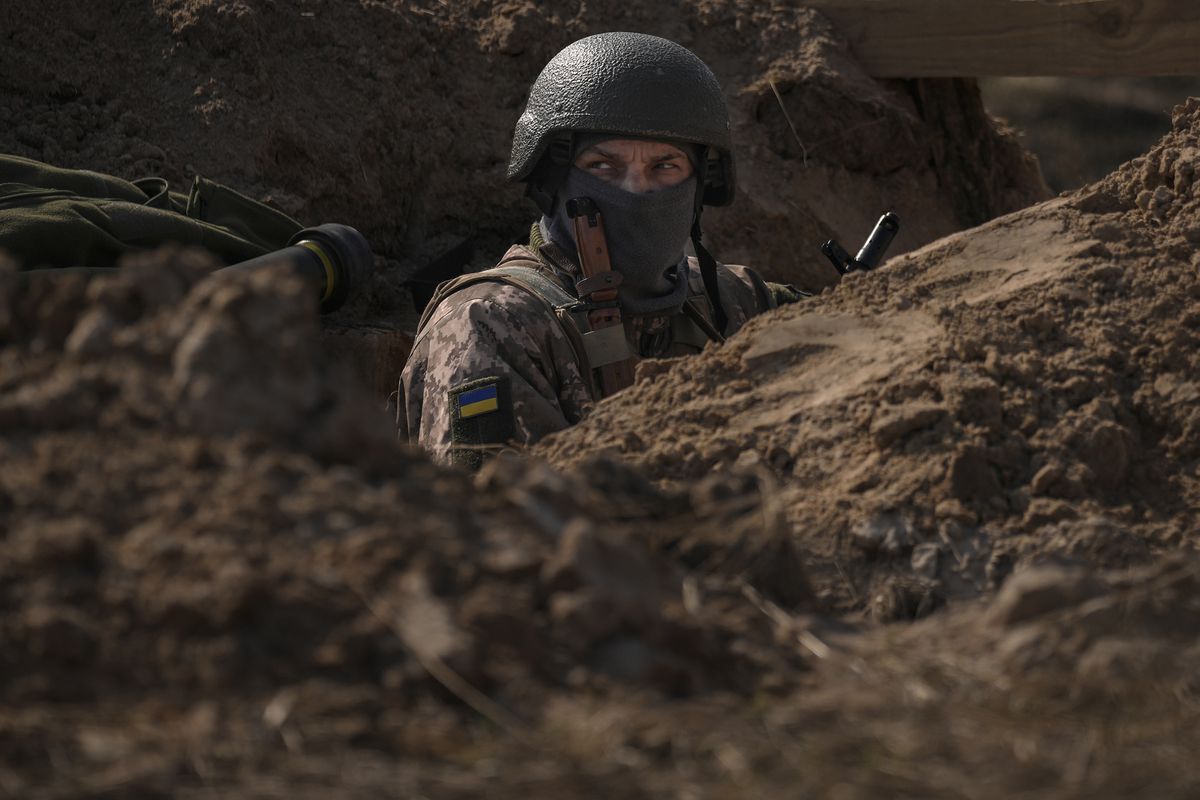 Authorities in Irfin, a northwestern suburb of Kiev, announced on Monday that they had regained control of the city. Scene of fierce fighting from the beginning of the war. But sources in the Kyiv government say the exchange of bombs and artillery is still ongoing. An adviser to the Interior Ministry confirmed that Russian troops were 800 meters away from the area where the Kremlin army wanted to infiltrate the Ukrainian capital.

The fact that Russia has retreated or lost in various parts of Ukraine, including those around the Ukrainian capital, illustrates that the Ukrainian military is trying to strengthen itself to retaliate against Moscow with further means and products. The Kremlin understands the sources of the Ministry of Defense, which is still trying to control the cities of the former Soviet republic, including Kiev.

Five kilometers from Irfin, a roadblock blocked vehicles at noon on Tuesday. Only a few ambulances and vans were allowed to leave with people still evacuated from that population. Frequent explosions were heard in the background. Next to the roadblock, between some buildings, in one or two tents, several toilets focused on the evicted neighbor. An important area was the elderly and some even needed a wheelchair.

A large group of police officers closely followed the process of departure of those from Irbine. From one of the ambulances, a young man came out of the dust. He nodded at every move. He carried in his left hand only a plastic bag with some bread and some bills. After sitting him in a chair, several agents cut his jeans with scissors when the paramedics arrived. Inside, with several wounds on the right leg, the cloth was covered with dry blood. At the same time, other police officers forcibly checked their documents. One of the temptations of the Ukrainian security forces is to try to control pro-Russian infiltrators or Kremlin soldiers.

This stagnation of Russian troops is explained not only as a result of Ukrainian military progress and the recapture of major cities such as Irfin, but also as a result of Russian military logistics barriers. According to the US Institute of Warfare (ISW), the Kremlin has difficulty recruiting troops in Russia and may not be able to provide relief to troops involved in the Moscow war in the short term. The war research agency believes that the Russian military may have stationed most of the troops already trained in Ukraine and that it could take several months. In having other players who are adequately trained In battle. This does not mean that the Kremlin has stopped deploying more troops in Ukraine, but that it has been noted, ISW insists, “a significant reduction in the intensity of abductions from the depths of the Russian Federation.”

Join EL PAÍS to follow all the news and read without limits.

A daily report released by the United Kingdom Ministry of Defense through its social networks warns that “Russia continues to be represented” despite advances by the Ukrainian armed forces around Q. Great threat to the city Thanks to its offensive capability, ”a view shared by ISW confirms that Russian forces have not yet shown any signs of abandoning their intention to capture Kyiv, despite its commitment to the Kremlin last Friday to focus on its military operations in the eastern Ukrainian region of Donbass.

Ukrainian counter-attacks across the country

This Tuesday, Russian attacks continued And Ukrainian counter-attacks across the country, A new round of talks between Ukrainian and Russian teams has taken place in Istanbul, making the most significant progress to date, with a firm Ukrainian plan to abandon NATO membership in exchange for third-party security guarantees in bilateral agreements, and to open the door for the first time in 15 years to negotiate the status of Crimea and the Donbass.

After talks in Istanbul, Russian Deputy Defense Minister Alexander Fomin announced that Moscow had decided to “drastically reduce military operations” in the Kiev and Chernihiv regions, northeast of Belarus. Fomin promised that the purpose of the move would be to “enhance mutual trust” ahead of the conversation. Ukraine has taken these statements with suspicionThe truth is, researchers point out that the Kremlin is trying to change its strategy, with its troops stagnating and making very slow and paralyzing advances.

Shortly before taking the table, a Russian invasion destroyed the Mikolaiv Regional Administration Building in southern Ukraine and was the main city for Russian strategy to dominate the southern part of the country and the Black Sea. At least nine people were killed and at least 28 were injured, according to local officials. Vladimir Putin’s forces targeting local governments – they have already dropped bombs Kharkiv administration Mikolaiv tried to destroy the governor’s headquarters last Monday in the first week of March, but the attack hit the hotel. Governor Vitaly Kim, the governor of Mykolayiv, who is popular for news on social networks and news of the city for his protest and invasion, was not in the building because he slept more than he needed this Tuesday. The media.

Ukrainian troops are launching a fierce counter-attack on the southern tip, the only occupied regional capital and towards Gershon, which is heading for Russia’s biggest victory. On the axis connecting the punished Chernihiv and Sumi as the Russians tried to advance from the east towards Kiev, the Ukrainian counterattack was able to stop the Kremlin troops. After several days of war in Proverbial, Ukraine may have stopped Russian progress there. In eastern Ukraine, Moscow showed no signs of reducing its offensive. Or on the city of Mariupol in the Sea of ​​Azov, Its troops already control many areas and the Kremlin media are already broadcasting pictures of the devastated city, all claiming to be the work of Ukrainian “nationalists”.