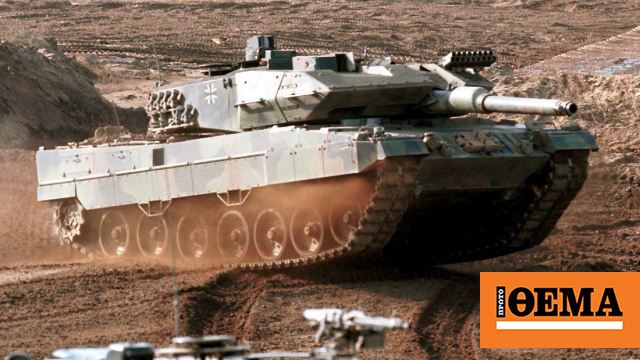 Germany and other countries that support it UkraineIn its attempt to stave off a Russian invasion, the head of the Dutch junta said today it should decide individually whether to supply heavy tanks to Kyiv. NATO, admiral Rob Bauer.

That is, as it happened earlier today, at a meeting of Ukraine’s Western allies at the Ramstein air base, no agreement was reached on the delivery of German Leopard 2 tanks to Ukraine. However, the Polish Minister of Defense seemed optimistic that the two countries’ efforts would eventually pay off.

“This is a sovereign decision for a sovereign country like Germany,” Bauer told a news conference in Lisbon. He added that it was equally important to discuss the delivery of other weapons systems requested by Ukraine. “Donating ammunition now costs us money, but the cost for all of us will be higher if Russia wins the war in Ukraine… We need to look seriously at what Ukraine is asking for and, if possible, give them what they are asking for,” he continued, adding that it should be done “in the right time.”

Bauer also told reporters that the war was not going well for Moscow, as “none of its strategic objectives have yet been achieved”.

“Ukrainians will fight! With or without vehicles. But every Rammstein tank means saving Ukrainian lives,” Irina Verisuk, deputy head of the Ukrainian government, wrote on Telegram.

A few hours before the start of the conference at the American base Ramstein in Germany, the United States, Sweden and Denmark announced the supply of new equipment to Ukraine.

Washington will release $2.5 billion in new military aid, which will include 59 Bradley Fighting Vehicles, in addition to 50 light armored vehicles already pledged by Ukraine, and 90 Stryker armored personnel carriers, according to the Pentagon. The US military will also send to Ukraine 53 mine-resistant armored vehicles (MRAPs) and 350 M998 vehicles known as Humvees.

The new package brings to $26.7 billion the value of military aid announced by the United States to Ukraine since the start of Russia’s invasion of Ukraine on February 24, 2022. But it does not include heavy tanks such as the Abrams, which the United States says cannot be given to it. Kyiv for maintenance and training purposes.

For its part, Britain pledged to send Ukraine an additional 600 Brimstone missiles, 19 French-made Caesar self-propelled guns, and Swedish Archer artillery systems. These systems have a range of tens of kilometers shorter than what the Ukrainians demand.

London also pledged to send 14 Challenger 2 heavy tanks, while Poland is preparing to deliver 14 German-made Leopard 2 tanks to Kyiv. The total number of these tanks is much less than what Ukraine requires.

Mitsotakis on CNN: Investment grade after the election — I think we’re going to win it

“We were looking for hope, we believed the fraudster” – new testimonies about how the fake doctor treated his victims

UK travel advice for Turkey: You are at risk of terrorist attacks and coronavirus

See also  50 years after the tragedy, survivors remember how they became... cannibals to make a living