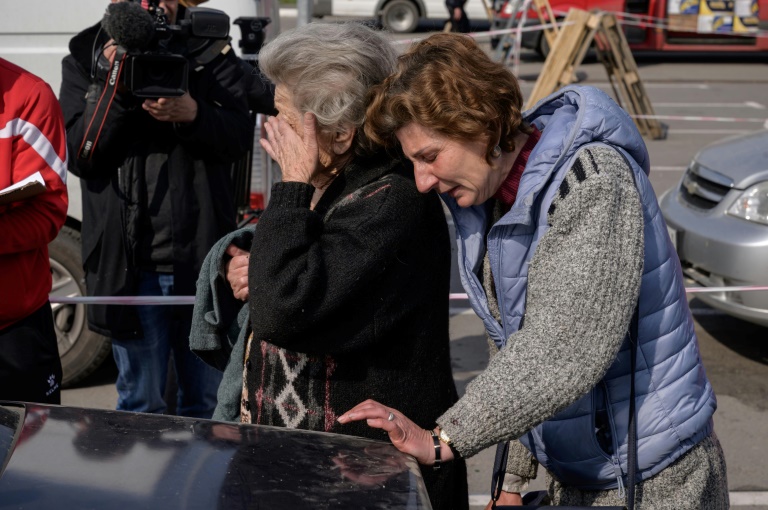 Russia is not seeking to end the war in Ukraine on May 9, which is celebrated on Victory Day, its foreign minister said, as analysts believe there is a possible end to the conflict on that date.

“Our army will not artificially adjust its actions to any date, including Victory Day,” Sergey Lavrov said in an interview broadcast on Sunday, referring to the date commemorating May 9, 1945 and the Nazi surrender to the Nazis. Soviet Union.

“The pace of the operation in Ukraine depends above all on the need to minimize potential risks to the civilian population and the Russian army,” he added.

Evacuations of Mariupol residents are scheduled to continue on Monday, after the first operation in which 100 civilians were released from the Azovstal plant, which is besieged by Russian forces in this strategic port in southeastern Ukraine.

On May 2, the evacuation in Mariupol began at 7:00 am (04:00 GMT). Assembly point – the shopping center + Port City + ”, this was announced on the Telegram by Pavlo Kirilenko, the regional governor of Donetsk.

The evacuation began on Saturday in coordination between Ukraine, Russia and the International Committee of the Red Cross, with the participation of women and children.

On Monday, the Ukrainian army said it destroyed two Russian patrol boats near the Black Sea island of Serpentis, which has become a symbol of Ukrainian resistance since the invasion began.

See also  100,000 US troops are currently in Europe to protect NATO countries

Russian patrol boats of the Raptor class are among the fastest shuttles in the Russian Navy, reaching a maximum speed of 90 km / h.

Moscow has not confirmed this information.

The majority-Finnish consortium leading the project announced, Monday, the cancellation of a contract with Russia’s Rosatom group to build a nuclear reactor in northern Finland due to the additional risks associated with the Russian invasion of Ukraine.

– Russian oil: the European Union is considering a gradual embargo –

In Brussels, the 27 energy ministers met on Monday to consider a phased halt to oil purchases from Russia in order to punish the war in Ukraine.

“There is a political will to stop oil purchases from Russia and we will have measures and a decision on a gradual withdrawal next week,” a European official involved in the discussions said on Sunday, without concealing that the decision was “not an easy thing.” To implement.” Two landlocked European countries, Hungary and Slovakia, depend on Russian pipelines and the EU also wants to avoid a global rise in oil prices.

– Denmark reopens its embassy in Kyiv –

Denmark announced, on Monday, the reopening of its embassy in Kyiv, in a sign of support for Ukraine against the Russian invasion, during a surprise visit by its foreign minister, Jeppe Kofod.

“It is a very powerful symbol of Danish support for Ukraine and the Ukrainian people to reopen the doors of the Danish Embassy today,” he said in a statement.