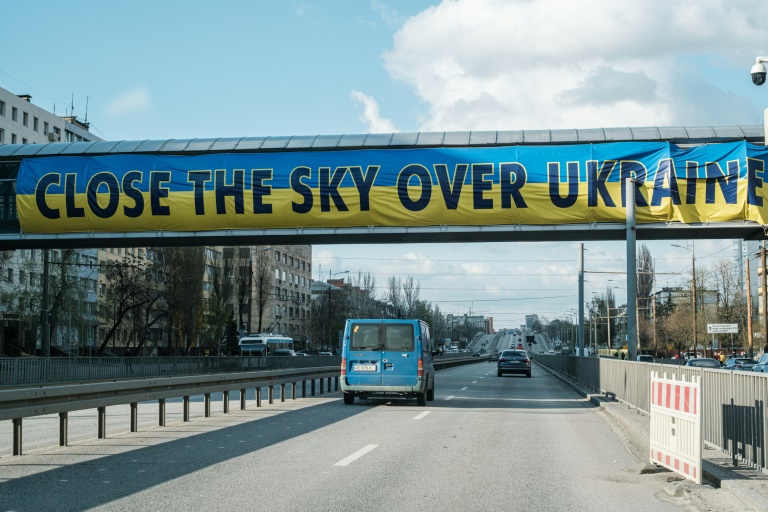 Putin called for the “liberation” of Mariupol

Russia’s president ruled Thursday that his forces had “succeeded” in taking the Ukrainian city of Mariupol, a strategic port on the Sea of ​​Azov, and ordered the last Ukrainian fighters to be surrounded rather than storm the Azovstal industrial site where they were entrenched.

According to Ukrainian President Volodymyr Zelensky, in addition to about 2,000 Ukrainian soldiers, “about a thousand civilians, women and children” and “hundreds of wounded” are also refugees in this factory.

Ukrainian fighters in Mariupol refuse to surrender and demand “security guarantees” from the international community.

Russian Foreign Minister Sergey Lavrov said that “full responsibility for the difficult humanitarian situation” in Mariupol lies with the “nationalist” Ukrainian forces present there, which use civilians as “human shields” and refuse to use the humanitarian corridors opened by the Russian army.

The army of the separatist “Republic of Donetsk” said that 127 civilians living in a neighborhood near the Azovstal plant were evacuated on Wednesday through these humanitarian corridors.

Bodies of civilians found in Borodianka

Police in the Ukrainian capital announced last night that the bodies of nine civilians were found in Borodianka, near Kyiv, some of which showed “signs of torture”.

Since the withdrawal of Russian forces three weeks ago from the Kyiv region, the Ukrainian authorities have found hundreds of corpses of civilians, who, together with the Westerners, denounce the “war crimes” of the Russian soldiers who occupied the city. An accusation officially rejected by Russia.

The Spanish government announced that Spanish Prime Minister Pedro Sanchez arrived Thursday morning with his Danish counterpart Mette Frederiksen in Kyiv, where they are scheduled to meet with President Zelensky. Mr. Sanchez intends to convey to him the “firm and clear commitment of the European Union” and Spain “for peace”.

The trip was announced by the Spanish leader, following other European leaders since the Russian invasion on February 24, on Tuesday but the Spanish government did not specify the exact date for security reasons.

Transfer of Ukrainians to France

AFP has learned that the first charter of 74 Ukrainian refugees on board the ship is due to arrive Thursday afternoon in Bordeaux, southwest France, from Moldova, a country on the border with Ukraine, for which Paris has pledged to help by transporting 2,500 people displaced from the conflict. to France. the authorities.

French Interior Minister Gerald Darmanin announced in early March that France would relocate 2,500 Ukrainians who had sought refuge in Moldova, as part of an operation coordinated by the European Commission to “volunteer countries”.

But since then, Paris has struggled to locate such a number of Ukrainians willing to join France.

Lyudmila Denisova, a human rights official in the Verkhovna Rada criticized the International Committee of the Red Cross (ICRC) on Wednesday for not cooperating with her country on the fate of Ukrainian refugees in Russia, suspected of being “complicit” in the “deportations”.

In response to a question by Agence France-Presse, “the International Committee of the Red Cross strongly rejected these false accusations,” and reassured once again that it would not “carry out forced evictions,” and recalled that the organization “facilitated the voluntary crossing of civilians and the wounded in complete safety to other Ukrainian cities.”