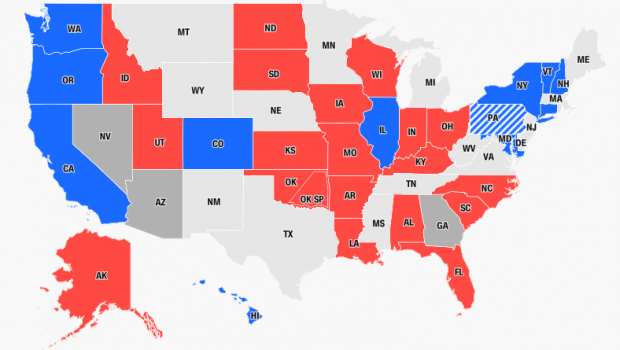 Its Democratic Senator ArizonaMark Kelly wins a fight against Republican Blake Masters, according to the agency Reutersciting predictions from the Edison Research Institute.

Read also: Who is the Terman who exterminated Erdogan’s “chosen one” in the Senate – the stroke and the unknown accident.

If Mark Kelly’s victory in Arizona is confirmed, if the Democrats win in Nevada, they will retain control of the Senate, regardless of the outcome of the run-off for the Georgia seat.

So the Democrats are getting closer and closer to a major breakdown and retaining control of the Senate, with the two parties’ seats tied 49-49, with each party needing only one victory, not including runoffs in Georgia.

“Whether you vote for me or for Sheriff Lombardo, it is important that we come together now to continue moving the country forward,” Sisolak said in a statement posted on Twitter. “That’s why I reached out to the mayor, to wish him well.”

As for the ongoing battle for control of the House of Representatives, the Republicans were slowly getting closer to becoming a majority and ending their four-year Democratic rule.

That would give Republicans a veto of Democrat Biden’s legislative agenda and allow them to launch potentially harmful investigations into his administration.

Republicans secured at least 211 of the 218 seats needed for a majority, according to Edison Research forecasts late Thursday, while Democrats won 199 seats. Many of the races, as yet to be determined, are in Arizona, California and Washington State.

Despite the real possibility of losing the House, Democrats are still celebrating their success in limiting their expected losses after mobilizing voters angry over the Supreme Court’s decision in June to repeal constitutional rights to abortion.

House Republican Leader Kevin McCarthy announced his intention to run for House speaker if Republicans took office, an outcome he described as inevitable.

It’s not clear if a McCarthy challenger will emerge, but some of the more conservative House Republicans have expressed doubts that he has enough votes to become the most powerful official in the House.

Meanwhile, Republican infighting emerged in the Senate on Friday, as senators lobbied for Wednesday’s leadership election to be postponed so they could have time to discuss why the party did not perform better on Tuesday.

Mitch McConnell hopes to continue as a Republican leader, despite the heights of former President Donald Trump and other conservatives.