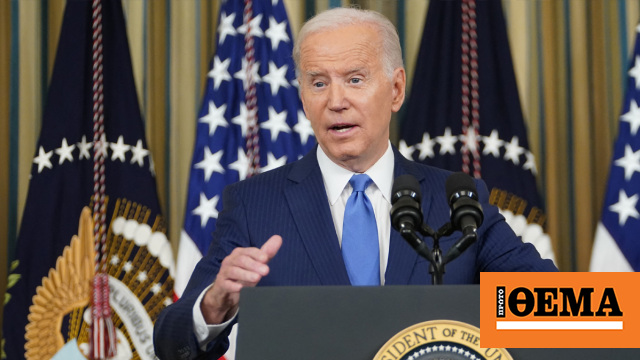 “The voters sent a message that they want to fight for democracy,” the US president said. Joe Biden Speaking of results midterm electionsStressing, of course, that there is not yet a comprehensive picture of all countries. But he stated that he had received a letter of their dissatisfaction.


Asked about his intentions in the run-up to the 2024 presidential election, he made no secret of his desire to run again, but said he would discuss the matter with his family and decide in early 2023. However, he stressed that if Republican candidate Donald Trump were to enter again The race for the White House, and it must be ensured, within the framework of the Constitution, that he will not return to power. “It will be fun to see De Sandys Against Trump” he also said about the Republican nomination. The Democratic president also hinted when asked if Elon Musk poses a “national security risk” because of his ties to foreign parties. Biden said Musk’s activities merit investigation with that, stressing that he did not imply that there is Anything is reprehensible in nature.

He thanked the young voters who had participated dynamically and collectively in the process, acknowledging that the past two years had been difficult, and noted his state’s achievements, emphasizing vaccination against the pandemic and reducing unemployment, but also from federal taxation. “Now let’s get started,” he said, saying that estimates of a “red wave” (ie a Republican victory) in the midterm elections had been refuted.

But he did not fail to point out that American voters are “confused.”

Biden also said, among other things, that he would work with Republicans but would not accept measures that would fuel already high inflation in the United States. “I am ready to accept concessions for the benefit of the American people,” he said, “We don’t need to fight every day, the future of the United States is very promising.”

“Remember who the hell we are,” he emphasized at another point, referring to the greatness and accomplishments of the American nation. “There is nothing we cannot do,” he stressed.

He moved away from estimates of the results of the battle between Republicans and Democrats for control of the House of Representatives, while also referring to the Russian withdrawal from Kherson, stressing that Putin’s forces are facing difficulties on the front.

And he did not fail to attack the oil companies again, stressing that they are in the midst of an energy crisis that is making huge profits.

“We do not give Ukraine a blank check,” he added, noting that the United States had rejected many of Kyiv’s demands.

US Midterm Elections: Electoral Strategy ‘Lessons’ from the Diaspora – the ‘Sweep’ of Greek Americans