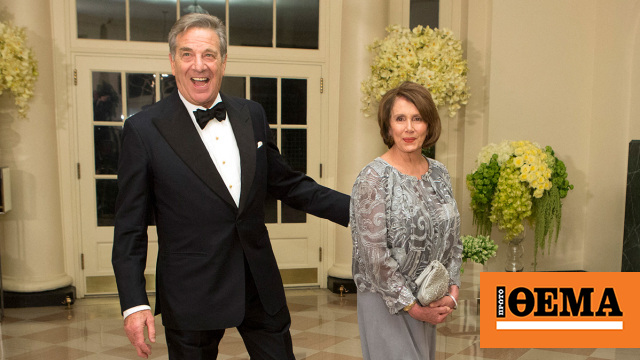 Spouse of the Speaker of Parliament Nancy PelosiPaul, was hospitalized today Friday (29/10) after an unknown assailant broke into the couple’s San Francisco home and allegedly attacked him with a hammer.

Nancy Pelosi’s spokesman, Drew Hamill, said in a statement that Paul Pelosi, 82 years old He was ‘violently attacked’ but is expected to make a full recovery. “The attacker is under arrest and the motive behind the attack is under investigationHamill added.

CNN, citing law enforcement sources, reported that the man used a hammer in the attack. Nancy Pelosi, also 82, was in Washington, according to the US Capitol Police who are assisting San Francisco police, along with the FBI, in the investigation.

A San Francisco police spokesperson also said in an email statement that the attack occurred around 2:30 a.m. (local time), adding that the city’s police chief will make a statement later.

It is noteworthy that the attack on the home of the Pelosi couple came Five months after the 82-year-old’s husband’s arrest Speaker of the House after a traffic accident in Napa County. Avoid jail with her Pleading guilty to driving Under alcohol influence in August.

from his side US President Joe Biden calls House Speaker Nancy Pelosi Today, after her home was attacked and her husband was injured.

«The president prays for Paul Pelosi And all members of President Pelosi’s family. This morning, he called President Pelosi to express his support in the wake of this horrific attack. “He is very pleased that he (Paul Pelosi) is expected to make a full recovery,” the White House statement said.

11 days before the US midterm elections worrying attack

The annoying attack happened 11 days before the midterm electionswhere Democrats are expected to lose control of the House after four years in the majority, This is partly because Republican candidates have raised the issue of high crime rates in cities across the states.

In the San Franciscofor example, Police report a twofold increase in homicides (17%) in 2021 compared to 2020.

In any case, this was not the first attack on Pelosi. Her office was looted during the January 6, 2021 attack on the US Capitol by Donald Trump supporters, some of whom chased after her during the attack.

In January 2021, her home was vandalized with graffiti covering “cancel rent” and “we want everything” and a pig’s head was found in front of her garage, according to media reports.

Kallithea: Punched a 76-year-old man to death because he told him not to swim where he was fishing!

USA: Nancy Pelosi’s home burglary mystery – her husband is in hospital from a brutal attack