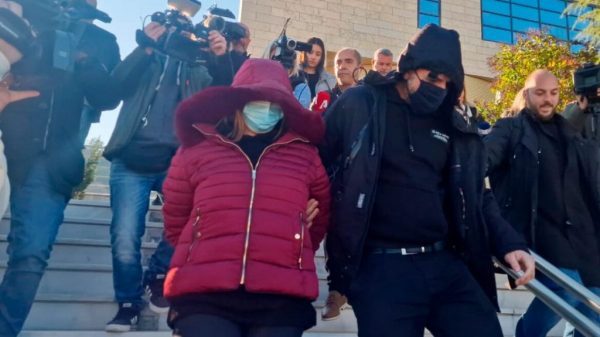 The 29-year-old confessed to his gruesome act VeryArrested as the prime suspect in the murder of her infant son, whose body was found in Aliakmonas.

To this day, the woman, who has continued to deny throwing the child into the river, has confessed to her act. representation This happened on Monday morning at the scene, in the presence of the investigator.

When he arrived at the scene, he announced that he wanted to change his testimony and admitted that he had thrown his child into the river, claiming that the child was alive. Clearly distraught, she insists her baby is alive as she throws it away from where they claim to have found it.

“I would like to withdraw and transfer my deposit. What I said didn’t happen. I threw the child into the water,” the report said. The 29-year-old reportedly denied any intent to kill and was unable to explain his motive for the brutal act.

Around 10am, the 29-year-old, accompanied by police officers, arrived at the Aliakmonas Dam, outside Veria, where the girl was found dead in its icy waters.

After her statement to the investigator, the mother, who was taken into custody with the consent of the prosecutor, described exactly what happened that day, from arriving at the dam in a taxi, to leaving the place, and earlier dropping off her child. into the water.

It is noteworthy that the representation lasted for one hour and 40 minutes in total, while it was held under tight security measures.

See also  Bolivian farmers will benefit from the bio-input plant

She said in her apology

In her plea, the 29-year-old denied the manslaughter charge against her, saying she visited the dam by letting the child play in the artificial lake in Agia Barbara.

“I didn’t throw it in the water. He crawled into the lake without me seeing,” said the 29-year-old, while regretting leaving the child helpless. “If I could go back in time, I would have helped my child,” she said in her apology.