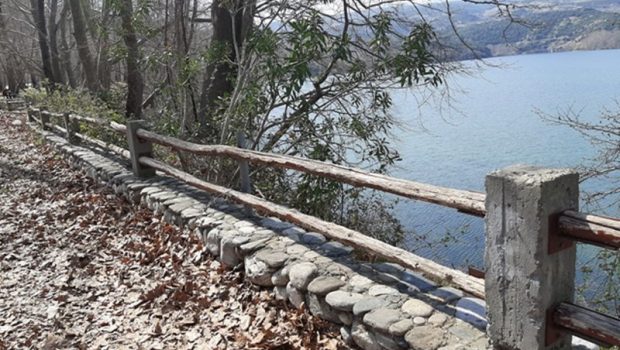 Asphyxiation in the water “showed” the autopsy – the autopsy that was completed some time ago On the body of the unfortunate child found dead in the river Aliagmonas.

The child was thrown into the river by his own mother according to his confession.

According to the information of ThessToday.gr, the medical examiner’s findings showed that the body of the unfortunate child was already bitten while dead, resulting in a loss of muscle mass.

After the mother’s statement, the authorities arrested him and, according to reports, he suffered from chronic psychological problems. As broadcast by ERT in the afternoon, the mother will go to the prosecutor in Thessaloniki court, starting from Nousa.

According to the latest information available, the mother has said that she did not kill her child. “I did not kill my child. I was told it was over. I don’t know what happened,” says the 29-year-old.

According to information from veriotis.gr, the child’s mother, who faced severe psychological problems, left her home in Stavros, Alexandria municipality, where she lived with her mother, grandfather and great-grandfather, on New Year’s Eve with her 11-month-old daughter. Her brother.

The 29-year-old father of her unmarried child lives in another house in the wider area.

On New Year’s Eve, the 29-year-old returned to her home in Stavros without taking the child with her.

His family became worried and started asking where the child was.

The grandfather initially reported the child’s disappearance to the Alexandria Security Service, and then a coordinated police operation began to locate him.

The mother initially indicated to police that she had left the baby in an abandoned house in Veria, but officers found nothing. Later on New Year’s Day, the mother denied her claims, saying she threw the baby into the Aliakmonas Dam.

After police investigations at the scene, the child was found and rescued from the icy water and shifted to Veria Hospital, where he was pronounced dead.

According to the information of veriotis.gr so far, it is noteworthy that the woman does not have a car and travels all the way by public transport, on foot or by taxi.