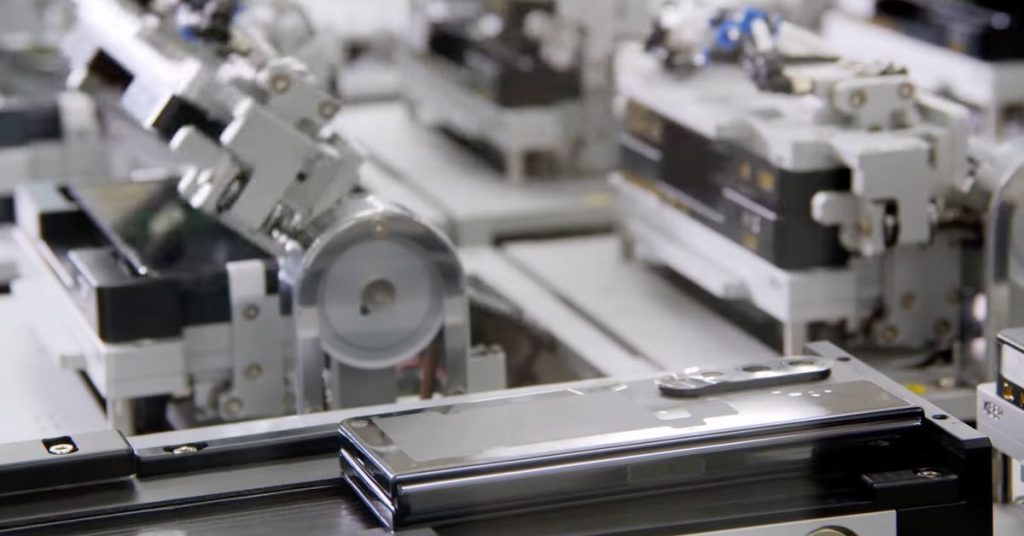 Samsung Go a long way with the folds of last year In terms of durability – the Z Flip 3 and Z Fold 3 were the first two devices in the series to offer serious water resistance and an IPX8 rating. This year’s phones aren’t that much tougher, but the Z Fold 4 and Z Flip 4 are still engineering marvels. We got a glimpse of the foldable assembly line last year, and with the latest Flip and Fold versions going on sale today, Samsung is giving us another sneak peek at how sausage is made. And it’s very cool.

the video – spotted before XDA Developers It mostly features the Fold 4, starting from the moment its back cover is pressed into place and ending with a look at the phone’s foldable tank. Along the way, various functions are tested, such as its response to the S Pen and wireless connectivity. He gets to test the camera’s autofocus by putting a grid of white lights in focus, and another robot presses its side keys repeatedly—kind of really rude.

It’s great to peek behind the curtain, but it’s hard to say it inspires a lot of confidence in the Z Fold or Z Flip’s long-term durability. Getting off the assembly line with a passing score is one thing, but it is quite another to endure multiple years of daily use in the hands of a real living human being. If you’re buying the Z Flip 4 or the Z Fold 4 today, it might be a good idea to add the Samsung Care Plus plan to your cart as well.