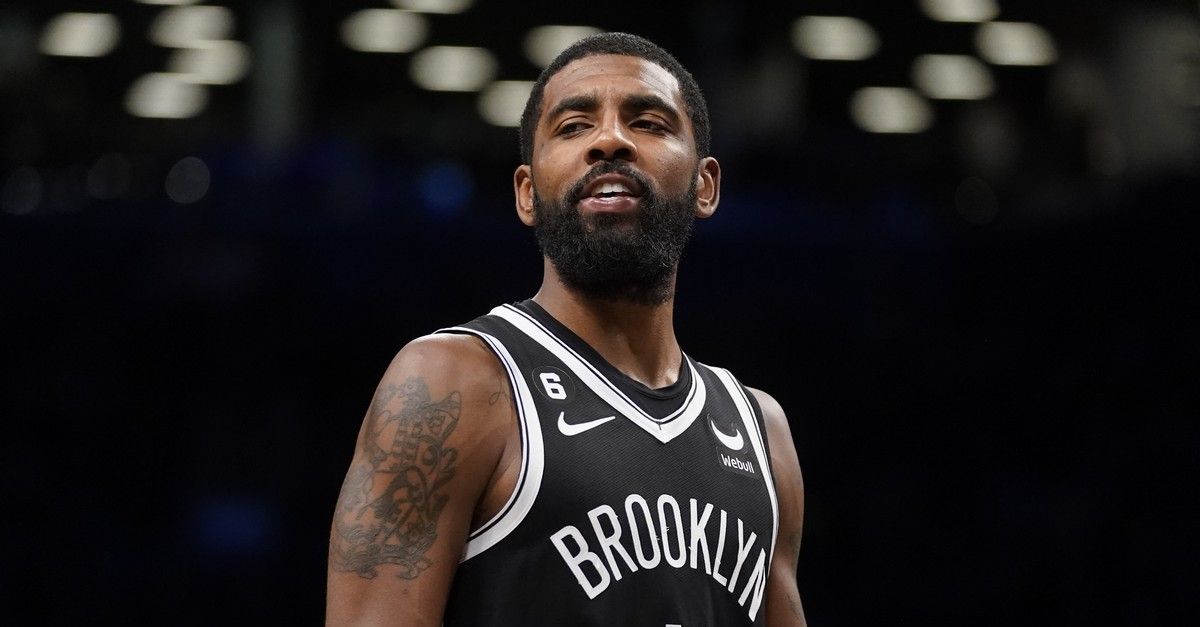 The massive pressure on the Nets forced the Brooklyn team to release Kyrie Irving with a fiery ad asking him to come to his senses and walk the path of education after his anti-Semitic messages.

The situation created by Kyrie Irving is now out of control, as the Nets have officially sidelined him! The Brooklyn team released a statement shortly after midnight saying that the 30-year-old guard would not return to the organization’s program until he had learned and offered a sincere apology. About the anti-Semitic messages he sent via a video he shared on Twitter.

“Over the past few days, we’ve been making a lot of effort to work with Kyrie Irving and help him understand how much damage he has done and how much danger he has put people through his words and actions, which began with a movie that contains deep, disturbing anti-Semitic hate messages. We believed that taking the path of education in this difficult situation was the right choice, and we believed we were making progress in our shared commitment to ending hate.Says the Nets ad at the beginning.

“We were disappointed today when he had the opportunity at a media session, but refused to say he had no anti-Semitic beliefs and to acknowledge the specific hate material the film contained. This isn’t the first time he’s had the chance, but he fails to make it clear again.

The failure to condemn anti-Semitism at such an opportunity is deeply disturbing and goes against the values ​​of our organization. We don’t think it belongs in the Brooklyn Nets. We have determined that Kerry will be suspended without pay until he has met a series of corrective actions that will address the consequences of his behavior. He will not be suspended for less than five matchesThe advertisement concludes.

The Nets’ reaction came a little late, and after intense pressure the organization received from the media, from politicians, and from opposition teams, but mainly from people who flocked to social media and demanded. Irving’s perfect penalty By Commissioner Adam Silver who He also spoke to him publicly during Thursday.

All this adds up to a greatly grown streak and leads to uncontrollable situations Like the one in New York tonight after the FBI warned of a “widespread threat” to the Jewish community. Irving isn’t one to back down easily, he’s proven many times in the past that he sticks to his opinions and his philosophy, so it wouldn’t be surprising if he’s out of the NBA for a long time, maybe forever.

Currently, Irving will lose $251,747 per game. In his career as a professional basketball player, he collected about $200 million exclusively from his signings with the Cavaliers, Celtics and Nets, while in 619 regular season games he earned 23.1 points, 3.8 rebounds and 5.7 assists per 34.1 minutes involved.

Aside from the anti-Semitic messages he sent a few days ago via Twitter, Irving has sparked controversy in the past for several reasons. He argued that the earth was flat, and was an advocate of the anti-vaccination movement, while siding with Alex Jonesemind _ mindAn American far-right radio producer who is also the most famous and influential conspiracy theorist‘, as Wikipedia describes it.