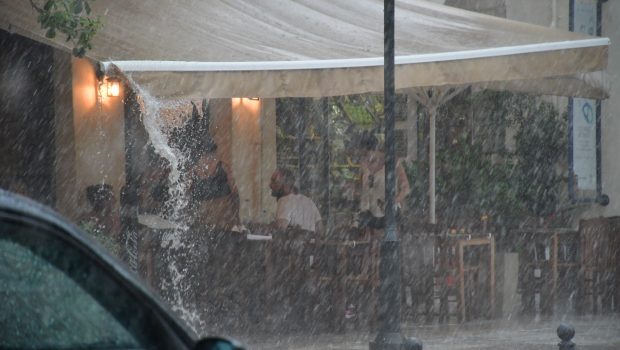 He changes his scenery Weather On Monday, rain and storms are expected in many areas, with snowfall in the mountains of Epirus.

According to the EMY forecast, clouds are expected to increase with localized rain over western and northern Greece and eastern Aegean regions, Heptani Islands, western mainland, eastern Macedonia and Thrace on Monday.

From late afternoon, events in the west will strengthen and storms will develop in the northwest.

Elsewhere in the country the Cyclades and mainly the eastern Aegean islands will see periods of light rain increasing from the afternoon onwards.

Epirus mountains will experience temporary snowfall. At night and early morning, visibility will be low over continental areas and fog will develop.

Clouds are expected to increase temporarily in Attica. Local visibility will be low in the early morning hours. Winds will be southwesterly at 3-4 Beaufort intensity and gusting inland at 5 Beaufort intensity in the evening, increasing overnight into Tuesday. The temperature ranges from 6 to 13-14 degrees.

Few clouds are expected in Thessaloniki. Visibility is locally low at night and early morning. Winds from South-Southeast to 4 Beaufort. The temperature ranges from 4 to 11-12 degrees.