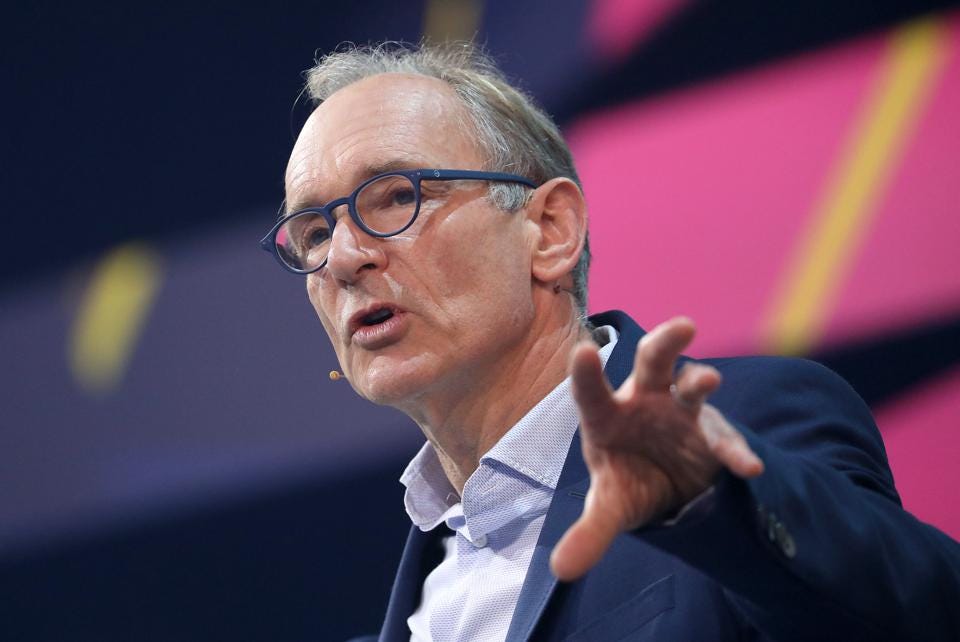 web builder He doesn’t seem convinced of crypto dreamers’ plans for its future, even arguing that we should “ignore” it.

Tim Berners-Lee, the British computer scientist credited with inventing the World Wide Web in 1989, said recently that he did not see blockchain as a viable solution to building the next version of the Internet. However, he has his own web decentralization project called “Solid” in the works.

“It is important to clarify (what these terms mean) in order to discuss any implications of the new technology,” Berners-Lee said on stage at the Web Summit event in Lisbon, Portugal. “You have to understand what the terms we are talking about mean, other than slogans and buzzwords. It is a shame that the name Web3 comes from the people of Ethereum because of all the things they do with the blockchain. In fact, Web3 is not the web at all.”

Web3 is an obscure term in the tech world used to describe a future, virtual version of the Internet that is more decentralized than it is today and is not controlled or controlled by a group of powerful players such as Amazon, Microsoft and Google. Covers some technologies including blockchain, cryptocurrency, and Indispensable guide.

While removing our personal data from the clutches of Big Tech is an ambition shared by Berners-Lee, he is not convinced that blockchain, the distributed ledger technology behind cryptocurrencies like bitcoin, will be the solution.

“Blockchain protocols may be good for some things, but they are not right for Solid,” he said of the web decentralization project led by Berners-Lee himself. “It is too late, too expensive and too public. Storing personal data should be fast, cheap and private. Ignore anything related to Web3, i.e. Web3 built on the blockchain.” “We don’t use it in Solid.”

People often confuse Web3 with Web 3.0, Berners-Lee said, his own suggestion for the next version of the Internet. His new company, Inrupt, aims to give users control over their own data, including how it is accessed and stored. The company raised $30 million in a funding round in December, according to TechCrunch website.

Berners-Lee says our personal data has been withheld by some platforms, such as Google and Facebook, who use it “to keep us locked up in their platforms”. “The result was a big data race, with the winner being the only company that dominated the most data, and the losers being everyone else,” he said.

His new startup aims to address the above in three ways:

Tim Berners-Lee isn’t the only one who has expressed skepticism about Web3. Twitter co-founder Jack Dorsey and Tesla CEO Elon Musk have occasionally expressed skepticism. Critics say Web3 is vulnerable to the same issues as cryptocurrencies, such as fraud and security holes.